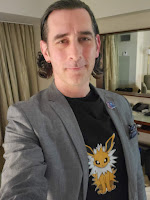 The second day of PAX East is where the feeling of the show really comes together. The first day is always a little less crowded, the developers are just starting to get into their groove. On Day Two people are more in synch with the vibe of the show.

I had just finished a full day and night as PAX started, and was feeling the impact of a late night doing the annual charity Pokecrawl – a pub crawl with 300 fellow Pokemon fans spread across six teams. We head to bars, challenge each other with themed drink-offs, and donate plenty of money to Child’s Play. This year we raise over $7,200 for that amazing charity, which shows how big-hearted all the participants are. 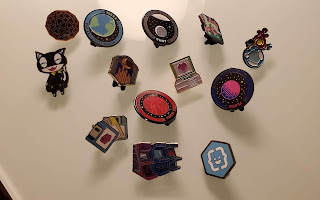 Heading into the show floor my goal was to wander the length of the con and earmark a bunch of games and vendors to check out before the show ended. I also wanted to pick up some souvenirs for my kids so I hit a bunch of the shirt and dice vendors to get them some swag.

I was also determined to stock up on a bunch of Pinny Arcade Pins. My goal was to collect Pins that would look good on the lapels of my suit jackets.  So they had to not be overly cartoony or too blatantly gamified. I ended up getting a nice haul from various booths and vendors.  I like to show my geek cred but not veer too far into unprofessional territory.

There were plenty of amazing games I had a chance to check out as well.  Some were smaller experiences, but all were actually quite fun and promising.

Pathfinder Wrath of the Righteous 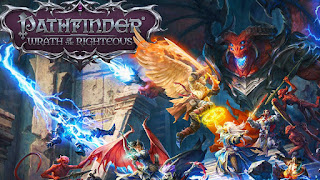 I had the great pleasure of checking out this title at PAX East. This is the second title in the Pathfinder CRPG universe and based on what I saw it will be an incredible role playing experience. Having just completed its Kickstarter campaign and raising over $2 million, the developer is making this is a rare Kickstarter success story for games in recent years.

The focus of this game is the world of Sarkoris 100 years before the first game, with the land overrun by demonic forces. Many crusades have been waged against the demons, and the story picks up as the player-controlled commander of the 5th crusade starts to gather forces to push back the demonic forces. 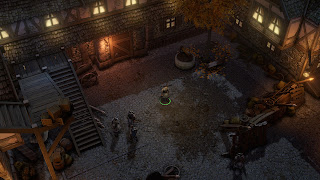 With many different races and classes to choose from, I was shown incredibly deep options to customize my main party as well as the lead character. Various characters join in the crusade – a diabolical devil (ancient foes of demons) and a dwarven demon assassin to name just a couple.

On top of the main characters in the party, in many instances crusaders or other forces take part in battles, helping to bolster my party’s forces as we battle the demons. Commanding battles and they way they unfold is also a huge part of the game.

Each member of the party has numerous skills and attacks, but the new Mythic path system was the coolest thing I saw in the game. At a certain point we will be able to choose a Mythic path allowing the main character to channel extraordinary abilities as a mythic entity. Each path will follow a specific theme, has a profound impact on the main story of the adventure, grants powerful unique abilities, and affects the character’s appearance. 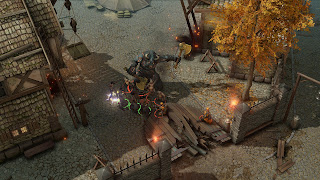 I was able to see the Lich in action as one of the options, and the special abilities were very impressive. The system promises a great deal of extra depth for the game once it releases. Other paths give a mythic identity of an Angel, Aeon, Trickster, Demon, Azata, and Legend.

While the game is still in an early form, the amount of variety in skills, characters, and systems, along with the Mythic progression system, made it incredibly appealing to me. The renaissance of CRPGs like this has been amazing and Pathfinder Wrath of the Righteous looks to be another great example in this genre.

Check out its Kickstarter campaign to see the stretch goals and release information as this will be a game well worth exploring once it releases. 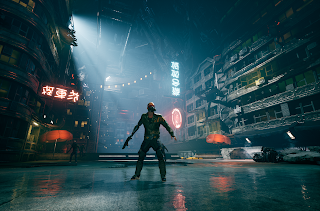 This game was visually one of the best I saw at the conference, set in a dystopian future where violence lives and breeds in humanity’s last remaining tower-city. Playing as a cyber-warrior I was able to dash, slide, wall jump, slow down time, and kill with one strike. Unfortunately the enemies could take me out in one hit as well, making this a deadly speedy dance as I rushed through the world.

This was an incredibly challenging game, but the developer added instant respawning (really!) that makes re-trying the section over and over again easy and very fun. There is magical timing required to jump, wall run, slow down time, and strike the enemies without taking a hit. I was warned I would die, a lot, and I did but it was continually fun.

The dev team One More Level was so engaged and positive about their game when I chatted with them and with good reason. Ghostrunner was such a fast, frantic, and beautiful experience and left me wanting more.  The game is more of a core action experience with less focus on story but if they deliver on the promise of what I saw at PAX East it will be a really fun experience. 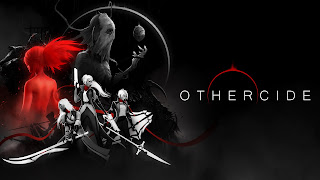 This incredibly atmospheric game from French studio LightBulb Crew is a turn-based strategy game that follows the Xcom formula simply from the fact that characters act in sequence depending on their action priority. Aside from that the game is as different as can be from the classic alien invasion game.

The focus is on a group of clones patterned after an immortal and powerful warrior called Mother. These daughters are created to battle against the diabolic forces haunting the world. Created as warriors, all the daughters start relatively the same, but quickly diverge as skills and weapons are chosen.

The action in Othercide utilizes a dynamic timeline system where it is clearly shown when everyone will perform their actions. Unlike Xcom there is NO cover so actions need to be carefully considered to be successful and avoid counterattacks. 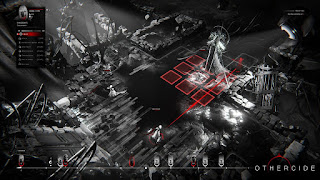 The system has roguelike elements and some of the daughters will die, but those that survive will grow in power and skill to become as powerful as Mother eventually. Some daughters can be sacrificed to heal others, adding a very sticky moral layer as you keep key daughters alive to fight again.

The game features a black and white art style with flashes of color. The visuals blew me away. The gameplay was also quite fun and very strategic, causing me to carefully examine every action before I committed. The dynamic timeline was crucial to pay attention to in order to succeed.

Othercide will be released on Steam this year and the developer told me there will be numerous Betas up until release to continue refining the game. Based on what I saw this will be a very cool, challenging, and stylish strategy game with a lot of surprises.