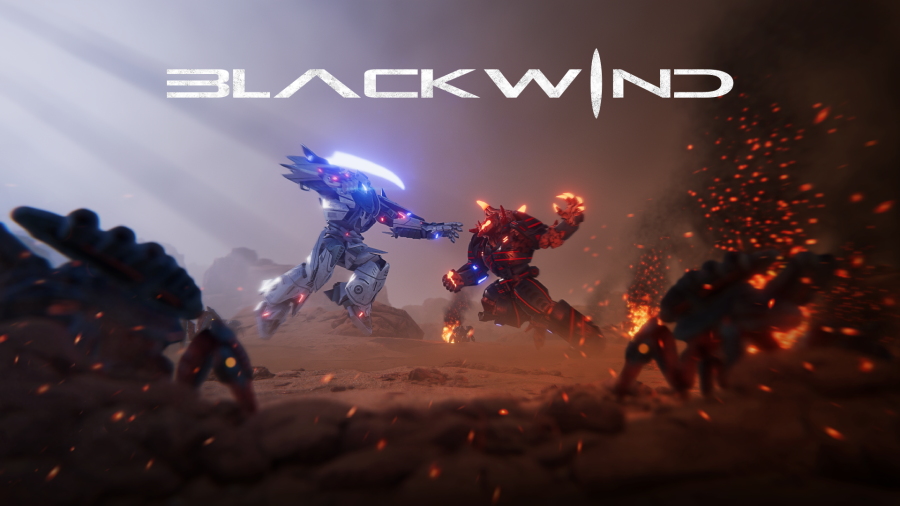 In the midst of playing AAA titles and Indie darlings it is nice to experience a game that is fresh but also has callbacks to classic games of old. Blackwind is a new sci-fi action-platformer with fast paced combat, from Drakkar Dev and publisher Blowfish Studios that is frankly terrifically fun to play.

Blackwind’s story focuses on a teen (James Hawkins) with no formal training who finds himself alone after a crash landing in his father’s revolutionary battle mech prototype.  The battle mech is equipped with and A.I., called Blackwind naturally, who helps James learn to use the Battle Frame as the game progresses.

This hook is both a blessing and a curse as James is a little annoying as a protagonist, but the A.I. aspect allows the game to provide incremental abilities as the mech is learned and adapted to. The story itself is pretty cut and dry with a missing father, a kid thrust into a tough scenario and random baddies and NPC’s met along the way.

To get it out of the way the story and the acting is the weakest part of Blackwind, no one questions this kid in a cutting edge mech and his repeated one-liners grew old very quickly.  Thankfully the story cues are limited and the action is generally carried forward via linear necessity allowing the terrific action and game mechanics to carry the day.

The Battle Frame is very powerful even at the start of the game with lasers and a slashing attack available.  As the world is explored additional abilities are unlocked both through buying new skills, via progression unlocks as well as perks from native power sources.

The extra skills add a minor Metroidvania feel to Blackwind in the form of previously unreachable areas that are generally home to skins or power-up sources.  Not quite related to progression (outside of basic scenarios) but still a neat way to have a location be revisited if more customization is wanted.

Additional abilities come in the form of combos, radius attacks, extra special attacks and a detachable drone that can explore tough to reach spots.  The abilities can also be further leveled up using the currency released by killing enemies or smashing things.

Progression of skills as well as unlockable skins is only possible at fixed locations on each map, so it is important to keep an eye on those points.  Fast travel is also possible to previously visited areas so those tough to reach areas can be explored once new skills are learned fairly easily.

While Blackwind touts ‘brain-teasing environmental puzzles’ as a key feature they are relatively easy tasks that revolve around creating paths in platforming sequences.  Thankfully the true star of the game is the action, which is prevalent and fun thanks to combos, finishers and environmental destructiveness.

The Battle Frame moves well and has a ton of fun abilities, powers and attacks that make combat fast and furious.  There is a case of rinse and repeat as each area is discovered, but thankfully the well implemented controls make it enjoyable.

Graphically the game looks great with bright visuals, excellent effects and customizable skins that change some lighting effects on the mech.  The audio is generally serviceable but I was quite impressed by the echoey tone of the A.I. in my PS5 headset.  This is certainly not a marquee visual/audio title on the PS5 but it gets the job done.

Overall I had a good time with Blackwind, it is a no-pressure fun romp in a sci-fi world with a powerful mech. It is always nice to have a gaming experience that is just fun to pick up and play and Blackwind delivers this with style. This review is based on a PlayStation 5 copy provided by the publisher.  Blackwind is also available on Xbox Series X|S, Xbox One, PlayStation 4, Nintendo Switch, PC via Steam and GOG. 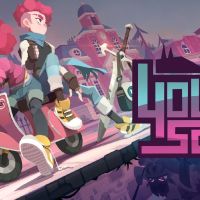