This blog post is a bit of a rant. I am no angel, I have pirated in the past and I will pirate in the future, but this uproar over Sony’s treatment and pursuit of Geohot in the PS3 hacking case is driving me crazy and not for the reasons everyone else has.

Sony realized that this is a huge vulnerability and tried to stop it, but Geohot kept the data up about the hack and how to do it. Sony needs to protect their device so they sued him and issued a cease and desist. Since then a few things have happened:

Ok, everyone needs to actually think about this. The PS3 is now compromised by this hack and people are using it to pirate games and cheat in multiplayer matches. Barely anyone is in fact using it for ‘homebrew’ and installing the Linux OS because of course millions of users legitimately only want to do that.

As to Sony’s looking into Geohots paypal, computer and site visitors? Gee, maybe Sony is actually trying to prove how many of his visitors donated, looked at the hack and then pirated games? Maybe they are actually trying to demonstrate how his public bragging of this hack has actually harmed the multiplayer community? Caused rampant piracy?

Everyone seems to think that Geohot is an innocent in this, in fact he is not. He wanted infamy, he wanted to break the PS3 open and share it for good and ill and he needs to answer for these actions. I don’t think he should be put in jail or fined a hojillion dollars, but a lesson should be given to this little puke. 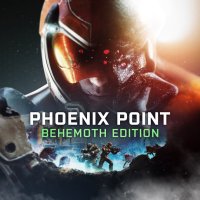