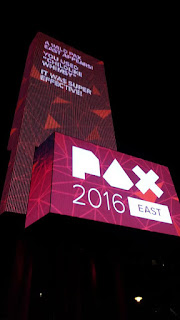 I attended PAX East once again and as always it was an amazing time, the show just never gets old for me. You can browse Triple A blockbusters like Overwatch and walk 10 feet to see a small game called Thimbleweed Park in the Indie Megabooth. There are huge Tabletop areas that you can sit and join Magic or D&D rounds (as well as dozens of other game systems), you can chill in the arcade or handheld lounges, get food, attend panels and just have a glorious time.

The fact that it is in Boston is the icing on the cake, it is such a cool chill town with hundreds of years of history, architecture and amazing seafood. I attend PAX every year to represent Blogritics.org as a freelance writer and tend to write 8-10 articles about games and events at the show. I checked out a ton of games, panels and events, but I have to say Fated on the VR platform was one of my favorite items. Below is the first block of articles I wrote while attending the show this year. Enjoy!

This year can easily be called the year of Virtual Reality, with the Occulus Rift, HTC Vive and Samsung Gear all out in commercial release and The Playstation VR coming later in the year some amazing VR titles are arriving. I tried a very promising title called FATED: The Silent Oath at PAX East and it wowed me with it’s detailed interactions and focus on storytelling.

The demo was unique to the show as I was sitting on a bench holding horse reigns and there are some scents, wind, and fog that hit me as the demo runs, but even without that it would have been a stellar experience. The game takes place in a Norse mythology infused world, and I was part of a family trying to stay alive during the end of the world – Ragnarok. 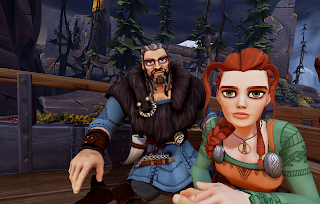 The game starts with my family and I on a carriage as I guide the horse using the reigns. It starts calm at first with the wife and daughter chatting with me; my daughter sat next to me as the journey progresses. As this is VR I could look all around, looking behind as the family talks or all around at the waterfalls, trees, and mountains surrounding me. At one point two giant ravens landed on the carriage and I found myself jerking away from them, the immersiveness of VR in this game cannot be understated. The main character doesn’t speak (part of the story focuses on him losing his voice) but because of head tracking I could nod and shake my head to answer.

Click Here to read the rest of the Preview on Blogcritics.org

Gearbox has a long history in video games with their start as a mod developer for Half Life and then as an independent developer creating Brothers in Arms, porting Halo to the PC and then finding major mainstream success with the Borderlands series.  They have had highs with Borderlands and theHomeworld remasters and lows with the Duke Nukem Forever completion and Aliens Colonial Marines, but they never fail to entertain with their dynamic presence and passionate approach.

I checked out their panel at PAX East and, while it was a little awkward and uneven, they had some interesting information about their upcoming titleBattleborn and some tidbits of the very early (at the conception stage really), but inevitable next title in the Borderlands franchise. 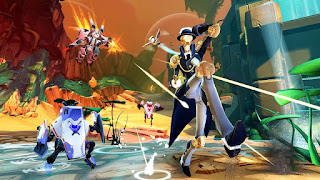 The panel started slowly and with some magic from the President of Gearbox Randy Pritchford as they waited for Kinda Funnys Greg Miller to join them a tad late. Once he arrived they entered into a discussion about Battleborn, which just ended it’s open Beta as it nears the May 3rd launch date.  Randy was joined on stage by producers, art directors, and writers from the series to discuss the creation process and lifecycle plans for Battleborn.  Right at the start they talked about how they will provide 5 new characters, and the game starts with a staggering 25 already, for free over the next few months and that the Season Pass will offer 5 DLC packs that focus on story and co-op content.  All PVP (Player versus player) content will be free for all owners of the games which is a welcome change from the Call of Dutiesof the world.  This promises to reward players with a steady stream of content both on and offline which is great news.

Click Here to read the rest of the article on Blogcritics.org

PAX East is as full of Triple A games as it is independent and quirky ones. I had the pleasure of trying Thumper by Drool Games on the Playstation VR platform, and this is a game that shows what great audio and visual design can accomplish on the Virtual Platform. 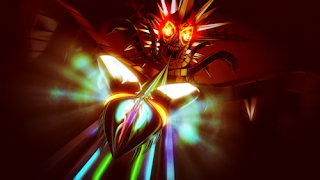 Thumper is described as a “Rhythm Violence” game in the vein of Rez and AudioSurf. You are represented by a silver ship that looks like a futuristic Beetle as you coast along vibrant and whirling rails towards portals and bosses. Music is your guide, and the name Thumper comes from the need to jump and thump on light symbols on the ground. You also need to hold on to the button or ‘note’ when passing through flat lines on the ground, and you need to aim into corners to avoid taking damage. All of this thrown together with the electronica soundtrack pulsing and changing as you progress made for a trippy and enveloping experience as I soared though the neon-infused landscapes.
Played on the Playstation VR system (which by far is the most comfortable of the three big VR vendors) added an immersiveness to the experience that is hard to describe. You can see the winding track ahead pulsing and changing as it stretches to the edge of your vision. Explosions, lights and pulses rock around you and make you feel like you are jacking into the Net as Cyberpunk movies portray it. You swiftly fall into this world in the VR experience and move in tandem with your ship as you try to navigate to the end of the level.
Click Here to read the rest of the Preview on Blogcritics.org