Late in 2015 a relatively inexpensive, frankly cheap, whisky from Canada called Crown Royal Northern Harvest Rye won a very prestigious award – Worldwide Whiskey of the Year beating out out champions from Scotland, Japan and the US.  In the words of the reviewer Jim Murray: 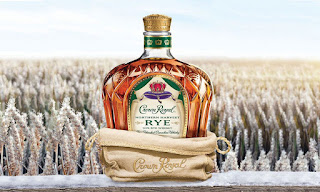 “Crown Royal Northern Harvest pops up out of nowhere and changes the game,” said Murray of the whisky, which he awarded a record-tying 97.5 out of 100 points. “It certainly puts the rye into Canadian Rye. To say this is a masterpiece is barely doing it justice.”

Naturally as a developing Whiskey connoisseur I wanted to try this $40 bottle of Rye Whiskey myself, but an announcement like that broke the walls of the drinking world and the Northern Harvest Rye has been selling out for nearly 6 months with further accolades coming in the meantime:

Well I finally got my hand on a bottle yesterday as stock levels are now steady (with many local liquor stores having nearly 100 bottles in hand) and I gave it a try last night.  I used a chilled glass and drank the golden liquid neat (no ice) and I have to say I was far from blown away. The first sign that this would not be the World’s best in my (very humble) opinion started with the aroma.  It was not the smooth almost gentle notes I get from a Macallan Amber or the strong vibrant whiff of Glenrothes Select Reserve Single Malt Scotch Whisky.   Instead it was strong, almost overbearing smell that evoked a feeling of a strong spirit instead of a subtle one.  Because of the strong aroma, perhaps due to the high percentage of rye, I was not able to discern any of the ingredients at first smell.

Next came the taste, a healthy mouthful to start and here at least I was impressed at the beginning at least.  The flavors did come out as the Whiskey hit my tongue, I could taste fruits, some vanilla and other hints of ingredients I could not place.  I like that the Northern Harvest Rye sat well on my palate and the taste and warmth slowly spread.  Drinking the gulp down the result was a very smooth drink, but one that almost shocked my system with heat and potency.  I am not sure what I expected from this drink as naming something the best in the world has to be a very subjective (despite years of experience) process, but this drink was just overbearing.  There was nothing subtle in this whiskey, it is not terrible, in fact I quite like it, but it is far, far from the best.  In the past five or so years I have tried many different whiskeys and this one is good but nowhere near the top.

What is my top choice thus far?  Well the ones I mentioned above are my top two – Macallan Amber being my favorite and a very different style the Glenrothes Select Reserve Single Malt Scotch Whisky being my second choice.  Glenrothes is the better bang for the buck, but the Amber is oh so smooth, delicate and wonderful on the palate.  If you have the means always have a bottle of the Macallan Amber in your cabinet for those special occasions or rare casual drink