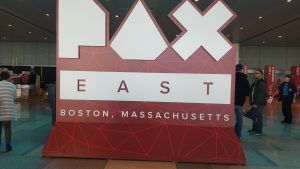 I attended PAX East once again and as always it was an amazing time, the show just never gets old for me. You can browse Triple A blockbusters like Overwatch and walk 10 feet to see a small game called Thimbleweed Park in the Indie Megabooth. There are huge Tabletop areas that you can sit and join Magic or D&D rounds (as well as dozens of other game systems), you can chill in the arcade or handheld lounges, get food, attend panels and just have a glorious time.
The fact that it is in Boston is the icing on the cake, it is such a cool chill town with hundreds of years of history, architecture and amazing seafood. I attend PAX every year to represent Blogritics.org as a freelance writer and tend to write 8-10 articles about games and events at the show. I checked out a ton of games, panels and events, but I have to say Ape Out was one of my favorite items. Below is the first block of articles I wrote while attending the show this year. Enjoy!

The Social Side of PAX East 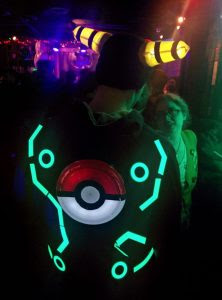 I often get asked what exactly is the PAX East show?  Is it about videogames? Tabletop Games? Art and Culture in Videogames? The music inspired by videogames? A social mashup of videogame and pop culture fans? The answer is all of this and more.  For those who do not know the history, PAX is technically called The Penny Arcade Expo, a conference looking at all things game and nerd culture that came from the imaginations of the team behind the hugely popular online comic Penny Arcade.  The creators always wondered why there was no show/conference that really welcomed and embraced the fans of the video and table top gaming scene.  There are plenty of video game events, but they are mostly industry driven and not terribly welcoming to the everyday enthusiast.  The first PAX was held in 2007 in Seattle and since that time other venues popped up. PAX East in Boston, followed by PAX South in San Antonio and PAX Australia in Melbourne.  Over the past 10 years what started as an experiment has literally turned into a world spanning event that people plan months to attend.
PAX East is a three day event spanning Friday – Sunday in March or April and it is held at the BCEC conference centre in Boston, Massachusetts.  While the focus of PAX East is the expo hall, panels, and tabletop area, there is a very robust social scene that has sprung up around the conference.  Over the course of the event (as well as days before and after) there are a number of gatherings, parties, meetups, and industry events that all can participate in.  The highlights, for me at least, are a mix of industry sponsored and community run events that highlight the uniqueness of the gaming world. Every year I attend a Pokemon themed pub crawl called the Pokecrawl; this may sound like a way to just drink the night away, but it is a great community event that raises thousands of dollars for Child’s Play charities and brings people of all walks of life together. I often also join boardgame meetups – the biggest of which is in the Westin the night before PAX – the hotel gives up a lot of space and hundreds of gamers converge to play dozens of different titles.  During PAX there are a number of sponsored and community driven parties as well at pubs, bars, and hotels that give attendees a chance to mingle with developers and each other. This social side of PAX East is a truly great thing and something that is a big part of my personal PAX experience that I look forward to each year.
Read the rest of this article at Blocgritics.org 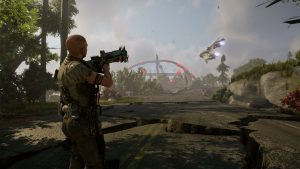 PAX East is a huge show with hundreds of developers and games to experience, one of the ones that caught my eye was Elex by Piranha Bytes due to its odd mix off science fiction and fantasy in a post apocalyptic open world.  Following the general trend of the Fallout series Elex is focused on a pivotal character who has a special background, in this case he is a former soldier called an Alb, and his emotions are muted by a component called Elex that gives him powers no human has. The protagonist crashes on a mission far from home and the Elex starts fading from his system, this triggers emotions to start forming for the first time in his life and sets him on a path to either save the world or destroy it.
The premise is pretty cut and dry despite the fantastical trappings but what grabbed my attention was the striking world design and staggering amount of choices.  Elex is a game that lets you play as you like. If you want to help everyone and be the hero you can, if you want to fight everything that moves and take everything not locked down you can do that as well.  As you explore the world of Elex you will encounter NPC’s factions, towns, cities, monsters and your former Alb companions.  Characters can be interacted with, factions can be joined or opposed and the towns/cities can be explored to enable quests and new information about you and the world.
Read the rest of the Elex Preview on Blogcritics.org 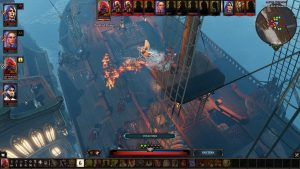 Divinity Original Sin 2 looks initially to be a very similar game to the original but digging into the gameplay a bit and experiencing some of the story beats I can see where some major differences are coming in. First off the narrative experience has been greatly enhanced with all companions having major story arcs that you can hop into if they are your companions or take part in directly if you choose their archetype when creating your character. For the demo I chose the Red Prince template and was instantly enveloped in his story which revolves around the fact that he is a Prince of the new reptilian race featured in the game who was isolated due to his incredible tactical skills. He was locked away and only let out when he was needed and now he is captured and subdued with a Source collar blocking his powers. One of the cool but subtle things I noticed while wandering around as this character was that everyone of his race knows him and gives him incredible respect, a neat touch.  I also liked that even though I selected a template I could change the sex or appearance of the character, so while the story and skills were pre-selected (though skills could be adjusted too) the character is still unique to your preferences.
Divinity Original Sin was a huge success on Kickstarter back in 2013 when the platform was just starting to get some traction for crowd-funding games.  Not only did they far exceed their funding goal, they took that money and invested it into an incredibly deep and enjoyable experience when the game launched in 2014.  Not resting on their laurels Larian Studios revamped and tweaked the game and released an enhanced version on PC as well as expanding to consoles in 2015.  To say Divinity Original Sin was a success was an understatement.  Now the studio is back with the sequel funded by another successful Kickstarter campaign and while I am a backer of the game and want to stay away from playing until the game is finished I could not help but take it for a spin at PAX East.
Read the rest of the Divinity Original Sin Preview on Blogcritics.org