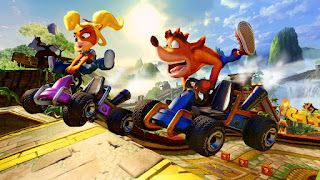 Crash Team Racing was released nearly 20 years ago, which is crazy because I remember playing this game for hours on end like it was yesterday. But memory is a fickle thing, and it has been a long time since the original game came out. Seeing Crash Team Racing Nitro-Fueled, the remaster headed up by developer Beenox, it is clear they have done wonders faithfully remastering the CTR experience.

The concept of Crash Team Racing (CTR) is pretty simple for anyone who has played a cart racer before. A character from the Crash universe of games is selected and players compete solo against the AI or online with other players using traps and weapons to sabotage the playing field and win the race. I was able to meet with the Beenox team and Activision at PAX East to check out what they were doing with CTR after all these years, and I came away impressed with not only their passion but the quality of the remastered game.

They leveraged the core geometric assets from the original titles to ensure the levels felt just right for experienced and new CTR players. They had a key mantra to make the game feel modern but also be something players of the original would feel instantly at home with when running through the tracks. 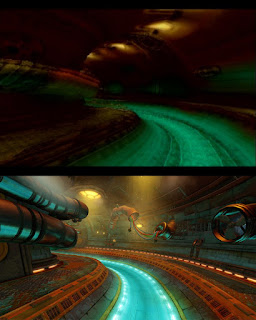 The team did not simply recreate the original game’s levels, they also introduced levels from the sequel Crash Nitro Kart in the form of tracks and characters. New characters can be unlocked through adventure mode, which is a full game mode next to the competitive racing and arena modes from the original releases.

The original game was on PlayStation 1 so the displays were at 4:3 aspect ratios. To make the game look great on 16:9 displays Beenox had to fill in a lot of extra detail, but also make the experience feel the same. The developer told me how they painstakingly compared the cart position in the legacy and new versions to maintain familiarity and accuracy to the source material.

I played a number of races with some folks at the demo, and the feel of the racing was instantly recognizable and comfortable. Drifting is a key part of the action and was as intuitive and responsive as I remembered. Check out a level I played below:


The levels are incredibly rich now, with a ton of environmental additions that enhance the immersiveness of the racing experience. The hazards, traps, and general surrounding areas of the levels add a ton of vitality and richness to the experience I didn’t know was missing till I saw some comparison shots.

Coming away from the demos, I had a ton of fun with Crash Team Racing Nitro-Fueled but I am a little unsure of the space it can fill in today’s landscape. As the team has not added any new functionality or new campaigns it is essentially an incredibly shiny version of the original games.

This doesn’t make it bad, in fact it was really fun to play with other people, but it is hard to say if it will have the penetration it had in its original iterations. If it does take hold then a lot of people will have a great time and I will enjoy racing them online in this well-done remaster of the Crash Team Racing franchise.