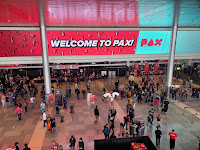 I think it is important to talk about what it is like to simply experience a conference like the Penny Arcade Expo or PAX as it is simply called.   The event is so much more than games, panels and large crowds, it truly is about community and inclusiveness and it makes every PAX a great experience.

How We Get To PAX East

This conference is held in Boston, Massachusetts and is the only major gaming show on the East coast anywhere near this size.   There are also PAX shows in Seattle, San Antonio and Australia at different times of the year.  PAX East is typically held anywhere between mid March to late April. 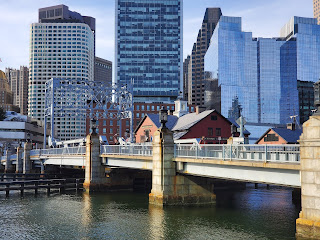 This is now a four day event running Thursday to Monday and tickets for PAX East typically go on sale 6 months before the event due to very high demand.  Friday and Saturday passes typically sellout within days so if you have a keen interest to go keep and eye on the PAX site or the @pax_badges twitter account for ticket launch dates.

Once tickets are bought the hotels are the next tricky bit – PAX partners with a booking company to get great rates at all the local hotels – but spots are limited so grabbing a hotel quickly is key. Even if the preferred spot is taken, the site updates right till 2-3 weeks before the event so freed up rooms can be grabbed

How to Plan for PAX East

OK so we all have passes, hotels and transportation figured out – now what to do at the show is on our minds.  A month or two before the event the schedule is released showing all of the panels, exhibitors and most importantly the floor plan. 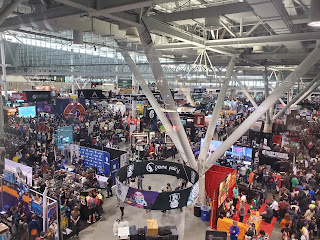 With these tools it is easy to block of what talks you want to visit, what developers and games you want to check out and how to spend you many hours during the convention.

The BCEC where PAX East is held is MASSIVE so pack comfortable shows, clothes and bring plenty of snacks as getting in and out for food can be tricky.  A reusable water bottle is a must have as there are water stations everywhere.

A word of caution PAX East gets VERY crowded and they have pretty strict security lines to enter the facility.  Pack smartly and prepare for lengthy lineups if you want to get in the Expo hall early each day.

What to Do at PAX East

So very much is the real answer.  PAX East has as focuses on three major things.  Panels, The Gaming expo hall and the Tabletop area. But there are so many side events that are well worth mentioning as well. 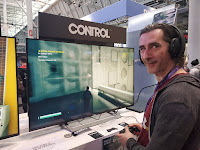 The Expo Hall houses all the game developers with probably a 65/35 mix of Indie and large scale developers showing their games and products.  The hall also has PC Freeplay areas, esports events like this years Mythic Invitational Magic Tournament. Exploring the Expo Hall offers many chances to play games, but also to observe and buy materials from the devs such as the games themselves or themed products. 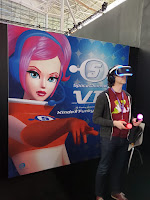 The Tabletop area has tournaments, drop in games, first look areas and places to demo and buy games.  I love wandering this area and often drop into a closed deck Magic tournament or a game session for some of the newest boardgames.  It is packed start to finish of the show and always fun.

The Panels are literally dozens of talks by industry vets, personalities or just interested community members spanning a huge array of topics. In one panel there may be an Acquisitions Inc. game session and another a talk about inclusivity in games or how to fix Fallout 76.  The wide variance of talks with up to 4-6 happening simultaneously in different rooms really gives something to everyone who attends.

The other stuff is incredibly wide and varied.  There are console freeplay areas, Intel PC play areas, a Dance Central open arena,, a Kickstarter Lounge, Jackbox game sessions running every day and so much more.

Literally around every corner there are diversions, rest areas, quiet zones or fun experiences that are completely outside of the main halls and panels.

Big developers and small alike as well as the community also sometimes have side events such as the Bethesda game Days hosted in the attached Westin Hotel which offered two days of free fun looking at their games, getting some food and free swag.

The Expo Hall runs to 6PM each day but the show itself runs to Midnight (except Sunday which ends at 6pm) with concerts, large scale tournaments, panels and events running up until the doors close.

Is PAX East worth it? 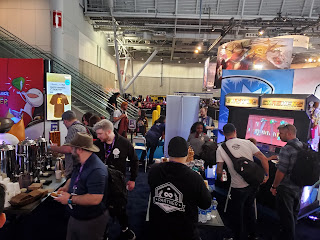 Hell yes, the hotels and passes are expensive, 4 days is a big time commitment and the crowds can be intense and overbearing but what an experience.  Like everything in life you get out of something what you give into it.  If you want a chill quiet experience it is completely doable and if you want a crazy energetic 12 hour nutso experience that is also possible.

The depth of breadth of the event as well as how strong and inclusive the community of develops, enforcers and fans are make PAX East (and all the PAX shows) incredibly unique and well worth experiencing again and again.