In a previous article I had discussed the core PAX East experience as you wander the halls of the massive BCEC in Boston, but what about the chance to socialize and have some fun outside of the con? One of the great things about the PAX East ecosystem is that developers and the community itself organize tons of events for chances to let loose and have some fun.

Every year there are a number of consistent events at PAX East that offer a wide range of fun activites from Board Game nights to pubcrawls. These events are a way for PAX goers to meet and have some more social and personal experiences together outside of the crowded Expo halls.

Pre-PAX dinner – this is completely community run and, while I did not attend this year, I have gone many times in the past. This dinner is a ticket based event that includes all fees to get a full meal (drinks not included). There are always raffles and plenty of laughs.

I know the organizers have struggled with attendance since the show shifted to four days but next year they are moving to Thursday which will boost attendance again. It is a fun night at a great Boston restaurant and well worth checking out

Pre-PAX boardgame night – This is a pretty spectacular event held in the Westin Waterfront Hotel’s massive main meeting room. The hotel provides the space for free which is crazy and really appreciated. 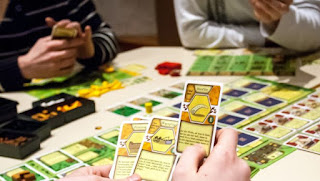 At this event at least 100+ PAX goers gather the night before the show and play ad-hoc boardgames/D&D or whatever for hours until it closes off at midnight. The hotel even provides a cash bar if folks want to drink while they play.

For those staying at the Westin or nearby hotels this is a mainstay event and not to be missed buy the PAX Regulars and newbies alike. There is nothing like sitting in on a great game with strangers who become friends by the end of the night. Frequently I bump into the folks I met during the show and we high five in passing as new buddies. 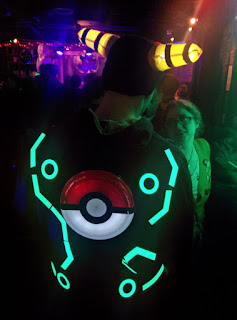 Pokecrawl – Another mainstay of the PAX experience and in it’s 10th year of operation. The Pokecrawl is a Pokemon themed pubcrawl where donations are accepted over the night to raise money for Child’s play. This year we raised $4424 for the charity which is a typical amount for the Crawl.

The point of the crawl is that 8 teams of approx. 30-40 people representing different Pokemon split up and hit bars two teams at a time on a prescribed route. At the bar there are fun challenges we have to pose to the other team. Once the time is up we move on to the next bar. Each team has a professor who sells items for donations to raise money.

There is nothing like 80 folks dressed in various Pokemon themed clothing descending on a bar. Cars honk, people high five and the bars know us well enough now that special Pokemon drinks are offered.

Obviously a pubcrawl is not for everyone, but each and every year I meet great new folks and as long as moderation is employed it is a truly great time. 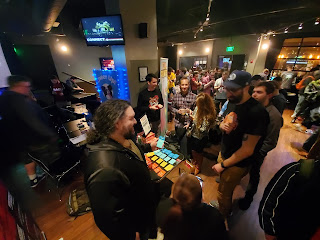 PREGAMER: PAX East Edition – This event hosted by Playcrafting is a chance before PAX starts to check out a bunch of Indie games and meet some fellow PAX goers.

Hosted at the LAUGH Boston in the Westin this is setup like a nightclub mini expo hall. Developers have stations with mobile, PC, console and board games setup throughout the space.

It is always great to walk through the space and chat with some of the smaller Boston devs and see what they have going on. I invariably run into some old friends and as there is a bar and some snacks some fun is always involved.

Bethesda Game Days – This one is exceptional in the fact that Bethesda books out a restaurant and Laugh Boston in the Westin and rebuilds it as a custom space to show off their current and upcoming games. Not only do they show their games they also host panels with most of their key team members across two full days. 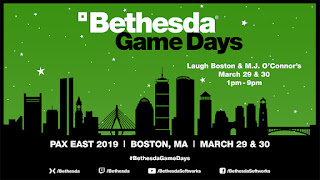 Admittance is free and first come, first serve with food and limited drinks available to all who attend. This year they showed off Rage 2, Elder Scrolls Blades, Fallout 76 and the new ESO expansion. They had major players including Todd Howard on hand to discuss all the things they were working on.

The scale and scope of this two day event is pretty amazing. Not only do they feed attendees Bethesda also showers everyone with swag including a free game days shirt (which is quite nice) and other stuff from each game.

Bethesda is very interesting organization in that they don’t like to conform and prefer to call their own shots, this event is proof of those beliefs. I have to say with all the missteps they make, Fallout 76 being on everyone’s minds now, it is great seeing them really speak directly to the fans with events like this.

Acer Predator Gaming After Party – Another PAX mainstay is the massive Acer Predator party that always happens on the Friday night at a massive nightclub in Boston. This year it was at the House of Blues and was a crazy night from start to finish.

Free for attendees but first come , first serve this is the party everyone wants to go to when at PAX. There is always fun esports tournaments happening live, killer DJs and plenty of contests and swag given out to attendees.

DJ MissNINJA and EDM group Pegboard Nerds were amazing and got the huge crowd moving throughout the night. I wasn’t as big a fan of the games the teams were playing, Rocket League, but it was fun watching a pro team go against fans and losing at times!

Media Molecule Community Event – Media Molecule is an iconic company best known for the Little Big Planet series but they were at PAX East showing their truly amazing game Dreams this year. When I was chatting with the team at their booth about the game they mentioned they were hosting an event so I checked it out. 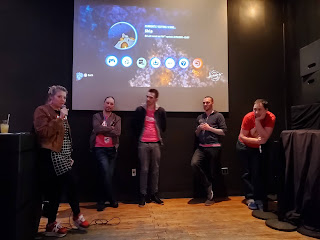 Dreams is a really cool game where anything you can dream can be created. The game has a full range of tools to create environments, creatures, people, interactive paintings, sculptures or anything you want. It really is indescribable – just check it out.

At the community event most of the lead team was there, producer, programmers, artists and audio experts. It was a small but intimate event that let us chat with the team directly, ask questions and play some fun competitive modes against the team.

This was a standout event for me as it was so intimate and personal just like the game itself. Dreams is something really special from what I saw and the team behind it is equally as impressive and truly passionate about their game, each other and their community,

After Hours events at the Convention Centre

The main show floor hours of PAX East end at 6pm but there are plenty of things to do until the BCEC closes its doors at midnight Thursday – Saturday.

Concerts and Live gaming – Every year there is at least one night of concerts and this year it fell on Saturday night with Doubleclicks, Bit Brigade and the Video Game Orchestra. These video game inspired bands always impress the crowds with crazy sessions keeping the main room hopping till midnight. 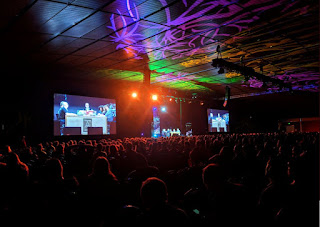 Acquisitions Incorporated has become a phenomenon all on it’s own with a newly reveled official Wizards of the Coast D&D supplement for the group releasing soon. The regular Acquisitions Inc. prime and B Team live streams attract 10’s of thousands of viewers and this game packed the Main theater for 4 hours of fun.

After Hours Panels – During the day panels tend to be what you expect, industry chats, mainstream discussions and reveals, but at night things get a little wacky.

Talks about who is the best Pokemon, actual gaming bake-offs and wrestlemania themed events are the norm. There is so much to do outside of PAX East in Boston at night, but some of these panels are just so hilarious and well worth checking out.

Pinny Arcade Community Trading – Introduced I guess about 5 years ago the Pinny Arcade Pins have become a HUGE part of every PAX. Exhibitors clamor to be part of the official pinny hunt process and the hosts, enforcers are always part of the trading community.

At night though there are always events to get together, chat and trade for the elusive pins you could not obtain previously. Some people are crazy passionate about Pinny Arcade and make it a goal to get all the pins at each PAX.

I am not the hugest pin fan BUT I do wear label pins with my suit jackets daily and REALLY wanted the three floppy disc Indie Mega Booth pin so I made it happen! Picked up the Rez one as well (so cool) and got a Media Molecule blob at their event.

So there you have it – PAX East is about the games, tabletop and panels but there is so much more to the show because of the community it fosters. There are plenty of opportunities to meet each other and the developers which makes this conference so special.