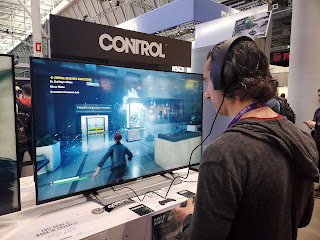 On the First day of PAX East media get an hour on the show floor before the main crowds are let in. During this time you have to choose very wisely what you will see. What will be so crowded that I had to prioritize that game with my precious hour. In the case of this year it was Control from Remedy games. They only had four stations and a 40 minute demo – it was full start to stop the entire conference.

Remedy is the innovative game studio from Finland behind such classics as Max Payne and Alan Wake. They are one of the most admired developers in the world for their story telling and world building. Their last game Quantum Break was truly innovative in its mix of live action cutscenes and CG gameplay. 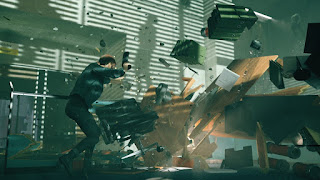 Now they are back as a self funded studio and ready to show Control to the world. I had spoken to Remedy at The Montreal International Games Summit recently about the game, but I could not get hands on with it so I was very excited to give it a try.

The concept of Control centres around Jesse Faden, the newly appointed director of a secretive government agency. When their headquarters is invaded by an otherworldly threat Jess has to summon all her powers and fight back to regain Control. 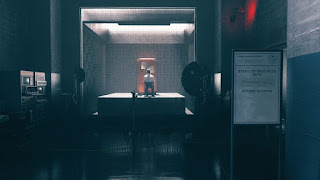 The demo was not story based unfortunately but was a free roaming experience to get used to the actions and enemies. Jess has a number of powers in the demo such as hovering and pull/push telekinetic abilities. Add to this the guns and explosives available and she is a formidable opponent.

The look and feel of the game is more Quantum Break meets Max Payne than the methodical pace of Alan Wake. The environments are incredibly detailed and the animations, despite some needed optimization, look incredibly varied and realistic. 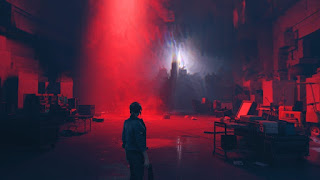 Even though there was no narrative in this demo I could see a number of areas that will obviously be key to the story.  I stumbled on and abandoned and overgrown old office in a sub basement and I could tell that a key sequence would take place there in the full game.

In speaking to the creative director he mentioned that Control is a big departure for Remedy, it will be the first time one of their characters actually has skill progression and the first open world style game they make.  Jess will be customizable with clothes and abilities and the world of the massive and supernatural headquarters will be full explorable.

I wanted to see so much more of the game but the demo did let me see the style and pacing of the game which was very cool.  The characters Remedy creates are all very cool and Jess is no exception. Cannot wait till more details on Control are revealed and when the game is finally out in August of this year.