As I settled into the world of MechWarrior 5: Mercenaries I swiftly cycled through many different feelings and opinions. The game itself is a bit of a dichotomy to me with parts both brilliant and basic conflicting with itself. 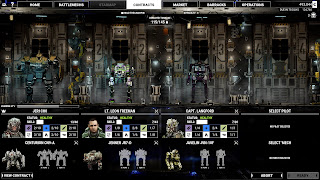 The story, despite being part of an incredibly deep and rich universe, is generic and frankly boring. The main protagonist is, get this, the son of a prominent commander of a Battlemech Mercenary unit. His father is killed in a brutal ambush and without reservation he is appointed leader of the unit.

There is no depth to this character, no reason aside from the fact we are told he is a good commander. The fact that he is yet another white male protagonist gets this white male severely annoyed. I had a great talk with Loukia Kyriakidou at MIGS this year and bemoaned this continuing and uninteresting trend with her. 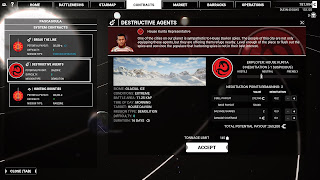 That simple aspect aside the story follows the typical beats of any generic action game. Mentor and godlike authority figure dies and young progeny takes over determined to avenge him. Of course there are larger things afoot, this is the messy Battletech Universe but I just wish they tried harder in the setup you know?

The story itself also takes a lot of time to get rolling with a lot of reputation grind needed before the story beats kick in again. I think some small story nods during the grind aspects could have been really cool. In this game I was able to walk around and chat with people in my ship but at the most basic of levels which could have been expanded.

The story though is just the window dressing to get us into huge lumbering Battlemechs and start raining hell on whatever gets on whatever crosses our path. In that respect MechWarrior 5 does a fine job of delivering a very visceral if somewhat repetitive experience. 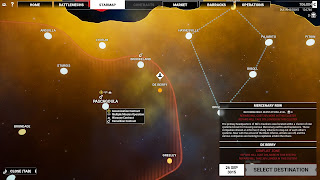 The core gameplay revolves around first accepting contracts in conflict zones and then engaging in story or quest missions. These all kind of blend together as they all follow the same patterns and mission structures but at times are loaded with story moments and the occasional cinematic.

Generally Contracts will be to assassinate enemies, destroy bases or structures or stop enemies from controlling certain areas. There is a fairly large variety of mission types but eventually they amount to hunting down enemies or destroying as much as possible.

This is not a bad thing as the environments and carnage can get incredibly interesting. What I did find fairly quickly is how patterns continually emerge when not in scripted story missions. 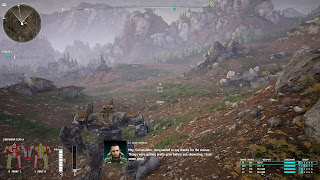 First we land and then head towards the objective. Inevitably forward units, who are incredibly over matched by my Battlemechs, attack in ones and twos. If attacking a base or defended site there will be stiff competition and defenses but really no coordinated attacks.

This is when interesting choices and targets often present themselves with much better challenges as the developer Piranha Games worked at these scenarios instead of generating them with algorithms. The contracts serve a purpose to add reputation and much needed money but the more developed missions are where the combat gets truly fun. 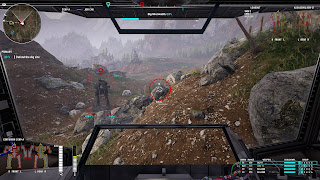 What I did find interesting is the, well, mercenary aspect of all the missions. If the task is to destroy a base or kill a commander then the mission can end once that is done. There is simply no need to mop up any stragglers, frankly it is a waste of precious resources.

Speaking of resources leads me to my favorite part of MechWarrior 5: Mercenaries which is actually the part where I ran and maintained the company. This deep and complex set of systems became the part of the game I obsessed over.

I was always concerned about resources, my pool of Battlemechs and able bodied pilots. Did I have enough weapons to replace damaged ones, new ‘Mechs to replace inferior models and pilots kept healthy as they gained levels. 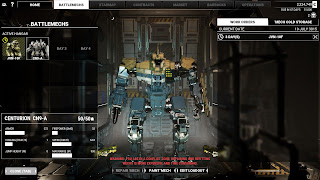 The ability to completely strip and re-outfit BattleMechs as well as customize and paint them took many, many cycles of time from me. But it was all worth it when I saw a full pod of hulking death machines ready to deploy and destroy.

That is until the missions actually start and the AI controlled members of my squad seemingly ignore basic rules like protect civilian buildings or stay behind and fight when outnumbered. Sure I can issue basic orders to try and coral the squad but why the hell do this idiots trample over bases we are supposed to protect?

This issue as well as odd spikes and drops in the difficulty of the game severely pulled me out of enjoying my time in MechWarrior 5 over and over again. The missions are way to hard to do solo so additional pilots are needed and I am not a huge fan of playing with randos so bad AI partners had to do.

I can say that they at least kill their fair share of enemies, without any seemingly logical prioritization matrices, but at least they cause damage. Severely hoping the the developer continues to patch that aspect (especially how they act in friendly bases) because it is a big glaring weak spot on the game.

I should mention that MechWarrior 5 has a full co-op mode for up to 4 players in both Instant Action mode and Campaign mode post Act 1. Instant Action is pre-determined scenarios but if I chose I could have hosted a session and had players join me as I run through my campaign. I did not explore this as I dislike random players joining me as mentioned.

Visually this game falls in that odd area of a AA game, beautiful but flawed. The graphics seem dated yet modern all at the same time. The BatteMechs uniformly look amazing and move incredibly well but the environments belong in a PS3 era game with tanks and buildings not up to the snuff of the glory of the ‘Mechs.

Graphics truly are not everything and some anomalies aside the action in MechWarrior 5 is smooth and satisfying even if at times the weight of the BattleMechs feels off. The explosions and chaos feels somewhat disconnected and less connected but still comes away satisfying.

Have a look at some gameplay I captured focusing on systems as well customization and repairs on top of battles in contract missions. It should give a great feel of what the game feels like warts and all.


As you read through my thoughts it may seem like MechWarrior 5: Mercenaries is not enjoyable, but it actually can be if some expectations are put aside and the game is experienced in a particular manner. 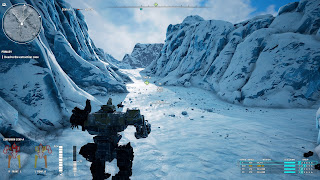 I initially entered the game looking for a space faring romp as a BattleMech armed Mercenary captain of death, writing my name across the cosmos. The story itself failed to pull me into that mythos but the act of building the Mercenary group (which I dubbed Legion of Manetheren), customizing and developing my pilots and ‘Mechs and building a treasure trove of credits I felt closer at least.

The story and main protagonist is a wasted opportunity, the generated missions are repetitive and the AI can be atrocious, but you know what the game can be damn fun. This is an example of a title delivering when you dig into the systems and just enjoy what the developer poured into the meat of the game. In my case that was enough to enjoy my time in MechWarrior 5: Mercenaries.