The voice stirs in my head as I approach the non-descript building – warning me that it is more than it appears.  Hesitantly, my hand opens the door, and I am surprised that it is not trembling.  After all of these years I will finally get answers about my brother and what this Federal Bureau of Control did to him. 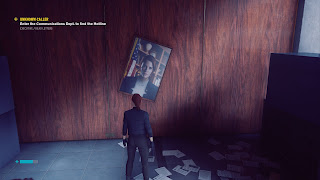 She tells me that the way is clear I can enter the strangely quiet building.  ‘Yes’ I answer ‘I know to be cautious, thank you for everything,’  I say to my constant and invisible companion.  Ever since the events in Ordinary, she has been with me, making me feel both safe and separated from the world.

Entering the building, which she tells me is called the Oldest House, I am struck instantly by the resonance in the air.  Something is…wrong here, something is misaligned.  Could the building be…angry?

With cautious steps I make my way inside and find a strange man, seemingly a janitor, named Ahti.  She tells me he seems to mean no harm, but that he is also not what he seems.  Ahti helps and seems to think I am to be his apprentice but opens a path forward anyway.  Head to your interview he says, this makes her chuckle but she does not tell me why. 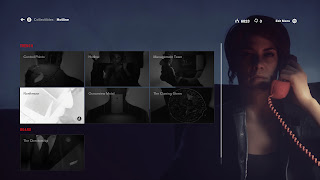 Inexplicably, I find myself at an office for the Bureau’s director having met no one but clearly there are signs of struggle and messages of a lockdown flash on all the screens.  This seems to be a building out of time; she tells me it is a building out of place, whatever that means.

Entering the office I see the director dead, apparently by his hand.  She suggests, more strongly than she ever had before, that I pick up the weapon he used.  It throbs in my hand, changing and shifting, it then tells me I am the new Director.  Somehow this feels right and she is chuckling in my head, was this what she wanted?

Whatever this all means I am here in the heart of the Bureau and if I can use this weapon and supposed title of Director to find Dylan I will.  She tells me nothing will stop us and, as I leave the room, I understand she is right and step into the Oldest House with a sense of purpose I had thought lost. 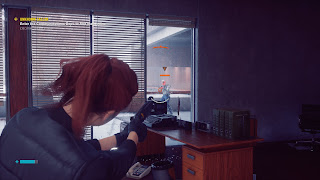 Control is a game from narrative masters Remedy games and as you read above they are not shying from complex and crazy concepts in their new game.  Control is weirder than Max Payne, and narratively richer than Alan Wake and plays better than Quantum Break.  Essentially it is the game they have been working towards since they started the studio.

The concept of Control is basically fleshed out in the short narrative I wrote above.  A stranger named Jesse Faden enters the Federal Bureau of Control to find her brother and becomes the new director of the organization.  She embarks on a mission to find Dylan but gets enmeshed in the crazy and unpredictable nature of the Oldest House along the way. 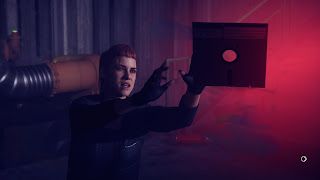 Armed with the changeable Service Weapon and an assortment of powers gathered along the way, I had to fight hordes of possessed agents Jesse dubbed the Hiss.  These creatures are part of the greater narrative I won’t spoil but they pop up all the time.  I also had to solve numerous puzzles, explore the house, and help the enigmatic Janitor many times as well.

One of the key components of Control are items called Objects of Power; these objects are housed in the Bureau and as I encountered them they enable Jesse with new Powers.  These range from grip and throw telekinesis, shield generation and levitate skills.  Once more and more get collected, I realized Jesse was a badass supernatural agent.

What is hilarious is that the objects range from 5 ¼ Floppy Disks (look them up kids) to horses from a carousel.  These mundane objects are infused with power and in some cases malevolence, and they are introduced and encountered in really cool ways. 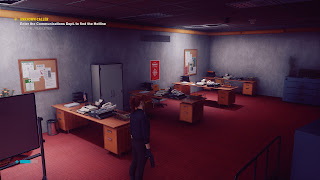 One of the most memorable sections of the game was when I had to guide Jesse to the Hotline phone so she could speak to the dead ex-director (told you the game was weird).  In order to reach the Hotline, I had to travel to the Overbrook Motel and Casino via a gateway in the Oldest House.  Once there it was a typically creepy roadside motel, but ringing the call bell opened different doors.  Eventually, I was led to a hanging light switch that transported me to the Hotline phone.  It was so cool, well paced and interesting. I paused for a second to appreciate it once complete.

Control is chock full of little moments like this as well as hundreds of reports, letters, and information briefs scattered around the Bureau building.  These tidbits of information flesh out characters, objects of power, the FBC, and the old director in ways that are terribly compelling. 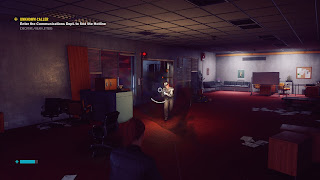 As I played through Control, I was thankful that the combat system is the best Remedy has ever delivered because the battles became somewhat repetitive.  The enemies are expanded often as are the tactics needed but generally a horde of baddies appears in key areas, I take them out with whatever tactics I have at the moment and then the real fun starts, discovering the new mysteries and information of the area.

The combat is great but exploring the story and discovering more about the FBC and the Oldest House is by far the best part of this game.  Remedy included a ton of optional side missions and reasons to backtrack, but ultimately these only serve to give points for upgrading gear and abilities.

There is a robust system of upgrading the Service Weapon to morph into different weapon types (think shotgun, sniper, and machine gun) as well as attaching mods.  Jesse’s abilities can also be upgraded with ability points gained as missions are progressed.  All of these perks make the combat more interesting (and helps to stay alive). 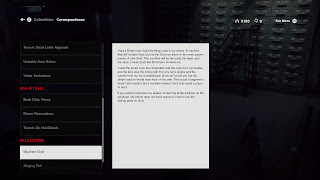 Although the many perks help in combat, there is no real downfall to dying against the many enemies as Jesse always respawns at the last control point I visited.  This is both a good and bad thing; it takes frustration away from the grind of battling enemies, but takes a lot of weight from the battles making them really not terribly urgent or impactful. The worst penalty is backtracking a bit to the last battle.

In my mind the many systems and tweaks to gameplay are merely delivery mechanisms to feed a weird and compelling narrative experience to the player.  Ultimately, what intrigued me the most about Control is all the story beats, crazy information and incredible atmospheric vibe of the game. From the moment the experience started, I wanted more and in fact dived right back in after the end to complete side missions and see more of the world without the push of the story.

Control is without doubt the best experience Remedy has ever delivered, and that is saying a lot with their pedigree.  It is clear this was crafted with love and a desire to give a unique experience to players which is exactly what Remedy delivered.  Control is available right now for PC, Xbox One, and PlayStation 4 systems.