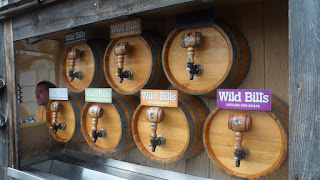 On this final day of PAX East there is a much different vibe, almost frantic, as fans and exhibitors try to pack as much as possible into these last few hours. I wandered the show floor and took the opportunity to grab a steel cup from Wild Bill’s Old Fashioned Soda and enjoyed free refills of their various flavours all day.

Further wandering through the tabletop section, some last minute purchases at the Square Enix booth, and exploring the Dice and collectible vendors were a lot of fun. I had a chance to check out some great games like Liberated, Industries of Titan and Phantom Brigade as well. PAX East is truly an incredible experience with so many things to explore and discover.

I always like mech games, it’s just a thing for me, and when I saw Phantom Brigade, a turn-based tactical RPG featuring a desperate squad of mechs, I was very interested. Sitting down with Canadian developer Brace Yourself Games, I discovered there is so much more to this game, making it unique in many ways.

First and foremost there’s an experimental technology found early on in the game that allows predictive mapping for the squad, kind of a precognisant ability. There’s a time bar at the bottom of the screen that can be scrubbed and the most likely actions of the enemies will be shown. My mind was blown when I first saw it in action, and how it’s implemented was frankly amazing. 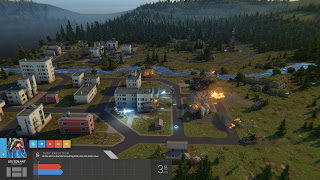 I said ‘most likely’ actions because my actions or the actions of other mechs or enemies could adjust what the likely action was going to be. Let’s say I scrubbed the timeline and saw an enemy would hit another one with friendly fire. If I take out the first enemy before their attack, the friendly fire never happens and the other enemy is unscathed.

In practice the process is fascinating. I would select one of my squad and scrub the time bar, seeing where enemies end up moving. I then choose my movement and actions (firing, defensive or other abilities) and then commit. I repeat this with the rest of the squad now seeing the other actions cascading and trying to avoid and build off each other. 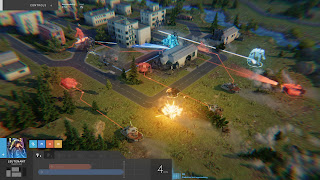 Once everyone is locked in, the action plays out. Sometimes it goes as planned, other times it completely falls apart. In one instance an enemy was almost dead, I committed to attacks on it, and then assumed the enemy would be gone. Both attacks missed and the enemy went on to deal massive unexpected damage on one of my squad.

All of this is already amazing but I got a hint of the overarching story as well as the upgrading and cosmetic aspects for the mechs and I was already sold. Phantom Brigade has a ton of potential, looks great and has one of the coolest gameplay mechanics I have seen with the time scrubbing feature. It will be released in Early Access on the Epic Game Store this year and on Steam in 2021.

Another striking game from Brace Yourself Games with a very cool premise is Industries of Titan, a futuristic city-building sim with a ton of great hooks and tweaks to the genre. What first drew me to the booth was the really interesting art style, but the mechanics of the game was what kept my attention.

Set on the desolate and industrial planet Titan, the game starts with the ability to build a small Factory to start the industrialization for my corporation. There was little I could do at the start, but as I started to collect resources and survey nearby buildings to claim additional items and even more resources, more options opened up. 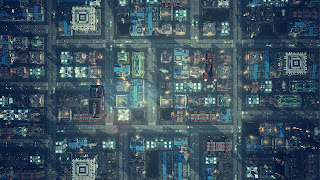 I was able to activate a spaceport, bring in more workers, and allocate them to generate revenue or build additional buildings and features in my factories. The potential was incredibly interesting even in my short playthrough.

I was chatting with one of the development team and he showed me some of the really cool touches that will further enhance the experience. All building can be done in a large main building but dedicated buildings for the function can also be made that are more efficient. Workers can be placed in entertainment pods (reminds me of Black Mirror) to generate revenue and nearby buildings can be exploited for special resources. 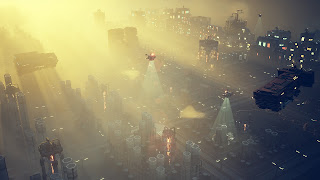 All of these features and many more make the game terrifically fun to play, but I also liked that once you can create ships, you can also customize them, much like in the game FTL. Many factors, like the factories, weapons, shields and thrusters, can be strategically placed to fit a particular need.

The end game also has a nice level of variety, with winning conditions based on tactical battleship combat, technological superiority, political influence, or the sheer productive power of your factories (which will be released during the Early Access process). Industries of Titan was a blast to play and will likely be released in 2020 on the Epic Game Store as an Early Access title, but no official date has been set yet. 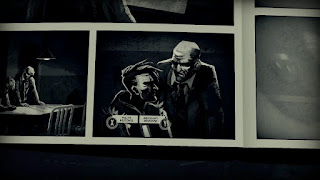 Liberated from Polish developers Atomic Wolf and L.inc literally stopped me in my tracks with its striking black-and-white art style and interactive action-adventure format within comic book panels. We have seen other games try this mechanic but Liberated has some killer tech that was incredibly interesting to check out.

A side scrolling adventure game set in a cyberpunk noir universe within the pages of a gritty graphic novel, this was a unique experience at PAX East. The story is split across multiple characters as they intersect while following their own paths in a story-rich narrative experience. 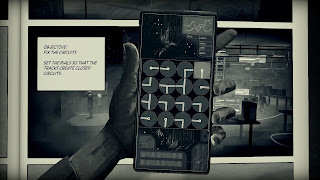 The game was frankly amazing to watch, with animated comic book panels and narrative beats unfolding and then seamlessly zooming in once the action starts. There are stealth, action and puzzle moments scattered within the demo I experienced.

At times the objective is to get through an area, at other times it’s to sabotage a computer system or take out enemies. Stealth and hiding are viable options as was shooting my way out of situations. Very much set up as a twin stick control scheme, the action was a little stiff animation-wise at times, but overall very fun to play through. 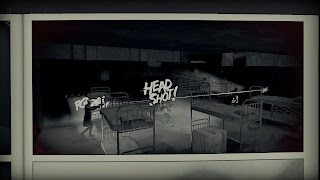 I stuck around after I played through the demo to watch people play and universally everyone was incredibly impressed with the game’s presentation and potential. The ambitious developer created the concept and technology as well as their own IP for the story. The long-term goal is to expand to licensed properties if they are successful with Liberated.

Liberated will be out later this year for Switch and PC via Steam and I have to say the playable comic book format created by L.inc coupled with the story, gameplay and universe made by Atomic Wolf make this a game well worth checking out when it’s released.