In this followup to Mutant Year Zero: Road to Eden, developer The Bearded Ladies delivers a solid action title with deep tactics but a shallow story. In Corruption 2029, the character and story beats that defined Mutant Year Zero are lacking. But there are some interesting tweaks to the tactical formula that makes this title worth playing. 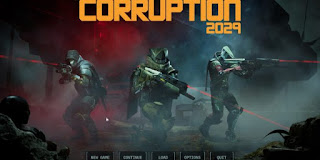 The story of Corruption 2029 focuses around three soldiers in an America ravaged by a second Civil War. These enhanced members of the UPA (United Peoples of America) faction regroup after their dropship is shot down, and are set to battle through enemy lines with only each other as backup.

Once the action starts, which happens very quickly, the gameplay is a mix of stealthy exploration and tactical turn-based action. While you’re exploring the incredibly well rendered maps, certain collectibles like news stories, journals, and computer entries can be found to add some depth to the world. 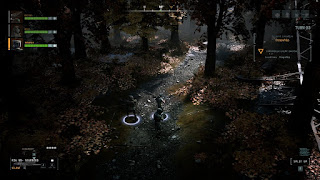 As the trio explores you have complete freedom to split up the group as well as enter stealth mode which makes them very hard to spot. While you’re sneaking about, grenades, explosives, and medkits can be found to give you some advantages in battles.

Going in guns blazing when you encounter enemies is a sure way to lose the game right away. Instead, careful planning, exploration, and diversions are necessary to escape alive. Slowly picking off weaker soldiers with silenced weapons and distracting stronger ones away from their positions is key to completing missions successfully. 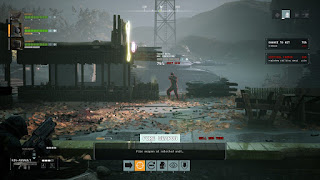 The ability to plant explosives or sabotage machines to distract enemies will help shift the balance in your favor, because once action mode starts careful planning is required. Thankfully as the soldiers are put in position handy feedback is provided stating how much damage will be inflicted and what the hit percentage is.

Some battles have to be avoided altogether in order to survive the mission, or certain targets killed first to avoid reinforcements. These tweaks help to add some depth to what is a slightly shallow experience in comparison to Mutant Year Zero. 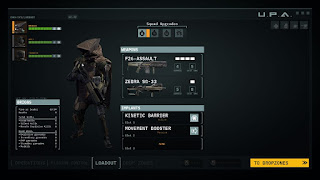 Unlike in Mutant Year Zero there are no powers per se, but the soldiers can be enhanced with passive or active abilities obtained for completing missions or bonus objectives. These abilities range from grenade enhancements to increased range or special attacks and shield deployments activated via installed implants.

Missions are chosen in a linear fashion, with optional missions scattered around that do not need to be completed, but add extra perks if attempted. The missions themselves range from tactical objectives like disarming bombs to straightforward enemy eradication. 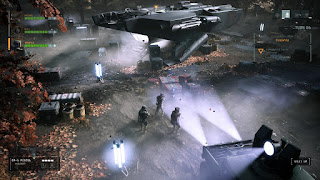 While the tactical aspects of the game can generate some intense satisfaction when employed correctly, the lack of environments to explore is a huge detriment to the lasting appeal of the game. While the maps and areas look fantastic, there is a relatively small amount of ecosystems and they get recycled often with some light changes.

As the game encourages exploration and discovery this lack of unique areas limits the excitement of slowly creeping through the zone since it is the same checkpoint over and over again. It points to either a rushed out product or a lack of resources to make the mission zones much more diverse.
Overall Corruption 2029 is a very enjoyable, if shallow at times, experience that requires a lot of preparation and care to succeed mission to mission. There is a lot of satisfaction to be found trying out new abilities and clearing an area without sustaining too much damage. It’s available on the Epic Games Store now.