Genshin Impact from developer Mihoyo was one of the most beautiful and impressive games I saw at PAX East this year. It astounded me with its visual style, anime-style characters, complex systems, and in particular its fully open world. Anything I could see from a high vantage point I could travel to across the beautifully realized world. 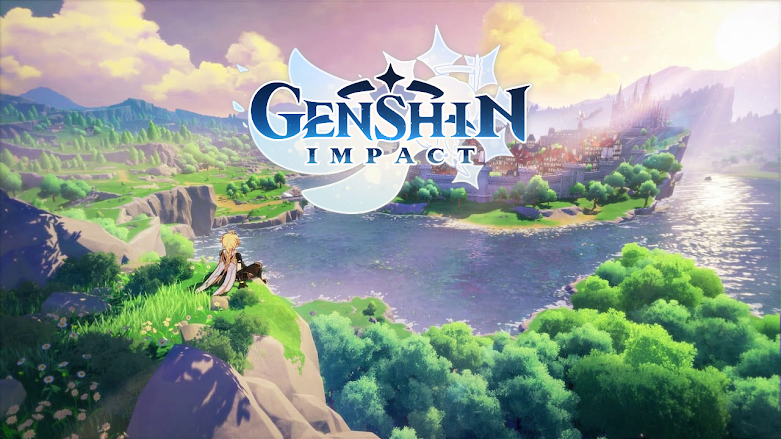 When I played the demo at PAX East it was nearly impossible to appreciate any nuances of the game on the crowded show floor, so I was glad to try a Closed Beta for an extended period a short time ago. The game starts with a story of a brother and sister who are travelers across worlds. Picking your gender dictates your main character, and your sibling is captured as the story starts in an explosive and dynamic cut scene. 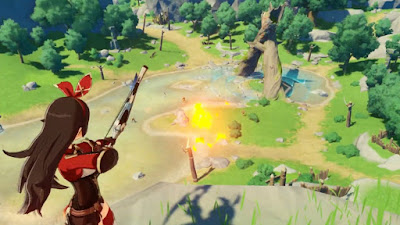 Waking up in the mythical land of Teyvat, weakened but determined to rescue my brother (I chose the female lead character), I set out exploring this world governed by elemental spirits and powers. One of the incredibly cool things about Genshin Impact is how every character has a unique set of skills aligned to an element. Early on I gathered air powers and they manifest in many interesting ways across the game.

Joined early on by a guide named Paimon I was able to journey to Mondstadt, a nearby city, where I met a number of interesting characters who led me towards discovering how to rescue my brother. This involved going to all the elemental temples in the region and clearing them out so they were safe and active again. Of course bigger world-impacting issues pop up, and I was pulled into a larger story to help Teyvat while searching for my brother. 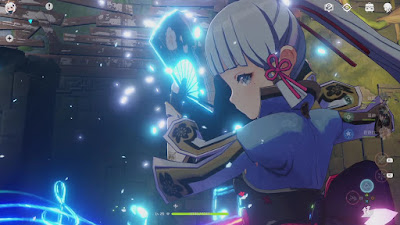 What I really enjoyed early on in my experience with Genshin Impact was the sheer competency of every aspect of the game. The combat is fun and fluid, traversal is easy and fast. Quick travel is present in moderate but sufficient amounts. Characters are interesting and dynamic with quickly introduced complications and rivalries amongst them.

The land itself is incredibly visually striking and vibrant as are the characters and cities. I cannot say often enough how unbelievably beautiful this game is in action. The designs, animation, color palates – literally everything is off-the-charts amazing.
The game itself is a third-person action RPG with a number of cross-genre elements thrown together in a pretty successful manner. There are light puzzles in the temples. Platforming as any area is reachable and, bless the developer Mihoyo, my character can climb nearly any surface as long as stamina is available. There are crafting, cooking, skill upgrades, weapon upgrades, armor choices, color customization. The choices are deep and not intimidating. 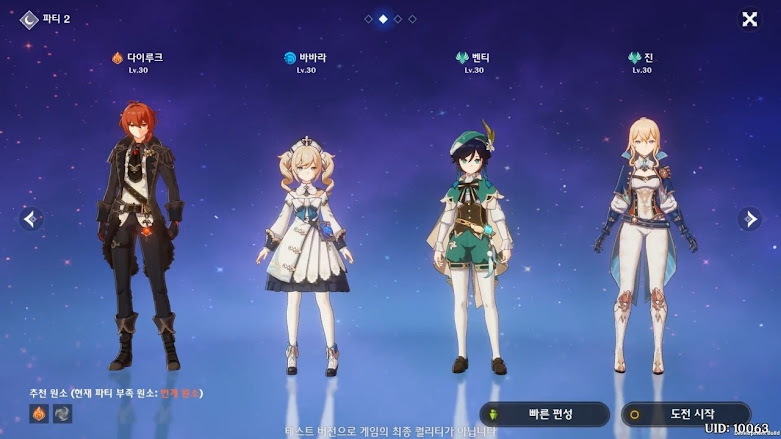 As I traveled through the world I met and was able to choose a large number of companions both as part of the story and unlocked via in-game currency. The characters are all very interesting, beautifully realized, and have their own styles and power sets. As they all conform to one of the seven elements, powers and skills varied greatly depending on whom I chose to travel with.

The systems governing party members were interesting as I played solo. At times I had up to four part members, but only one is active at any time. This was an interesting choice, but I could switch to any other character quickly at will. This enabled me to heal wounded members as they are offscreen, but also switch up elemental powers to suit different enemies or puzzles. I imagine it was a way to not have to worry about AI companions. I found it odd, but not in any way detrimental to the game. 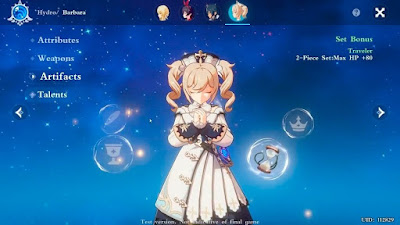 As I played through the Beta I kept wondering how they were going to monetize the game, as it is being released as a Free to Play title. There are many in-game currencies and some allowed me to unlock characters and items used to upgrade weapons and abilities. I had no roadblocks in the story or progression and had plenty of character choices outside of the ones I unlocked, so I am hopeful the game will be enjoyable without overuse of microtransactions.

Regardless of my hesitation towards the Free to Play format I have nothing but nice things to say about Genshin Impact. The world is stunning, gameplay is engaging and fun, the story beats kept me engaged, and when the Beta ended I was left wanting more time to explore the beautiful world of Teyvat and see more of the interesting characters and scenarios Mihoyo has filled it with.
Genshin Impact will be released sometime this year on PC, PlayStation 4 and mobile platforms. They will be having their final Closed Beta starting soon – register here – and then they will likely have Open Betas before the release later this year.