After pouring many hours over the weekend into the soon to be released Marvel’s Avengers Beta from Crystal Dynamics and Eidos-Montréal I can easily say I was left wanting more. By that mean I wanted more of the great story beats and definitely more from the additional War Table content that will fill out the main experience as well as the end game. 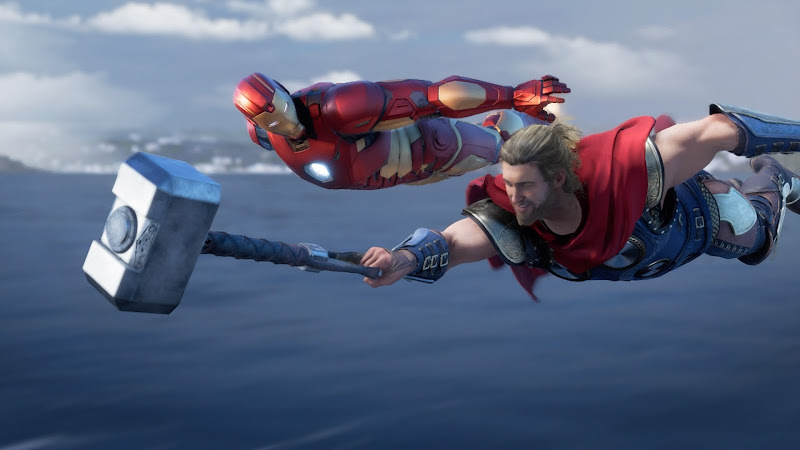 In Marvel’s Avengers the story is a unique take on the venerable team that starts with a disaster that seemed to have taken Captain America’s life and caused the world to turn against the Avengers. The fantastic character of Ms. Marvel, aka Kamala Khan is placed front and center years after the now named A-day to re-unite the team and stop the atrocities since committed by A.I.M. in the Avengers absence. 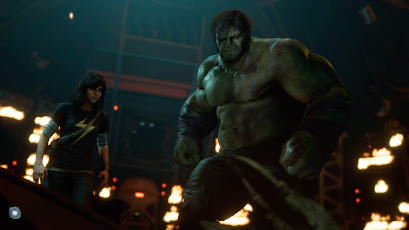 I hope the story addresses why the Fantastic Four, Alpha Flight, X-men or other notable teams have not tried to stop A.I.M. but that is just my nerdy self wondering aloud. Regardless the story segments shown in the Beta were very impressive and really set the tone of each Avenger in an interesting way. Tony Stark is a little to quipy for my tastes but I understand the angle they are going for.

Regardless the story seems to be one that will have plenty of meat to it and by putting a superhero fan turned hero herself Kamala Khan at the center adds a great touch. She is our inner fan come to life as she sees Captain America’s first shield or the Mark I armor from Iron Man. She humanizes the story in a way that is (thus far) charming and not annoying as it could easily have been.

Regardless of the story a game like this needs to be fun and have some great mechanics and Marvel’s Avengers had some surprises I was not expecting. I had seen some trailers and the War Table sessions hosted by publisher Square Enix and knew this was a team based Action RPG but was surprised by some of the depth in the systems. 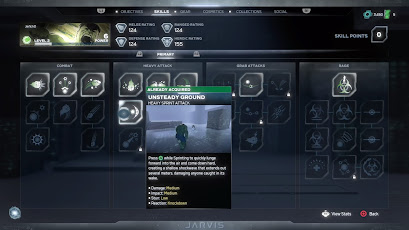 In practice the game actually has a very rich level of options I was not expecting with a pretty complex skill tree for each character that can really make combat interesting. Many factors above and beyond the skill tree such as gear enhancements, artifacts and even collected comic books help out in combat.

The skill tree is something I missed at first as I battled through the first stages. I initially thought the tree was more vanilla in nature but it actually adds a lot of different actions and abilities that switch up combat. The gear that can be found and enhanced adds perks and bonuses to attacks.

All of these tweaks are very good things as this is a game that will heavily focus on combat with sprinkled simple puzzles and challenges dotting each level. From what I have seen so far in the Beta there will be a very in depth story branch where characters will shine as a group as well as side missions of varying types.

The story based missions seem to be heavily scripted as is expected but there are also character specific side missions that add some depth and story beats as well. The rest of the side missions remind me of the adventures from Destiny. Lightly scripted with some goals assigned by various characters but not tailored to any one character. 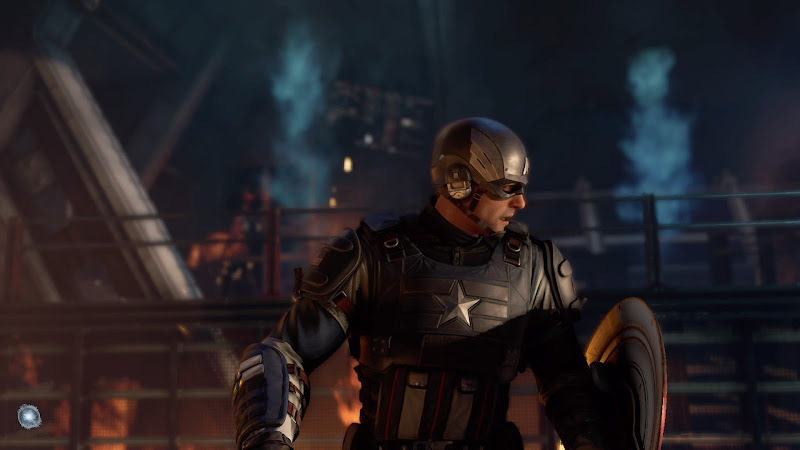 Put together I have to say that while the story and character specific missions were incredibly interesting I found the remaining War Table side missions to be a little generic and need some work. Generally these seem to be missions pulled from a pool of templates and reworked to a different biome. Things such as hold a control point, destroy infrastructure or beat an elite team but in different environments.

The drawback of these style of template driven missions is that they can get repetitive quickly without some added story level content. While there is some level of narration to drive the activity it is light and boils down to following the navigation beacon to one point, complete a task (or multiples in some cases) and then complete. Finishing these award gear, artifacts or resources which are needed to level up. 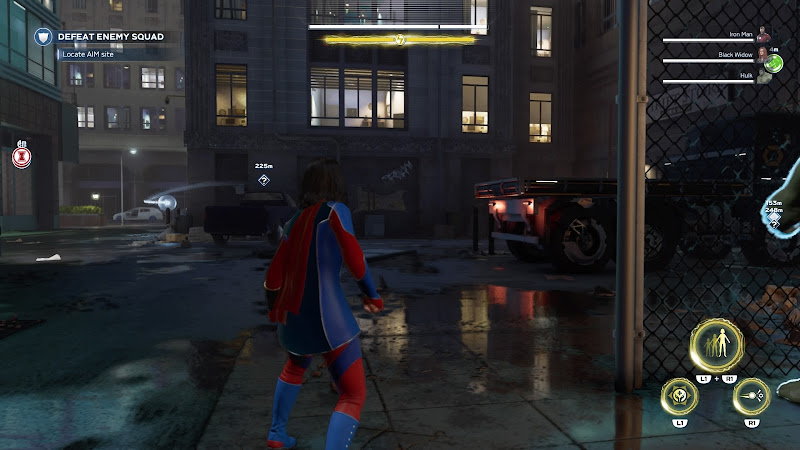 Gear and loot is the other angle that may need some tweaking as the game progresses. Physical customization of characters is really down to new unlockable outfits and nameplates. The gear and loot, although it is assigned to parts of the Avenger, does not change any appearance attributes, simply stats.

I know this it would be a huge programming lift to adapt cosmetic changes based on equipped loot, but the omission in light of other similar games is glaring. In Destiny or Diablo 3 new items change the overall tone of the character and in Marvel’s Avengers only unlocked costumes make them look differently. Feels like a lost opportunity that I hope Crystal Dynamics eventually works towards. 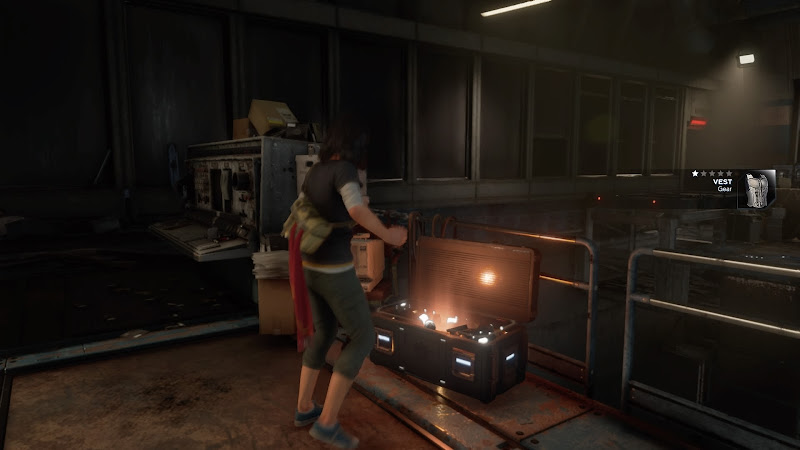 Despite these small quibbles I left my first phase of the Beta very excited to experience the full game. Each character plays VERY differently to each other. Iron Man and Captain America are both powerful but feel very different and fun. Hulk plays just like you think Hulk would, Black Widow is fast and aggressive and Thor is just crazy fun and powerful. The star Ms. Marvel feels so different and unique she just shines as a member of the team. 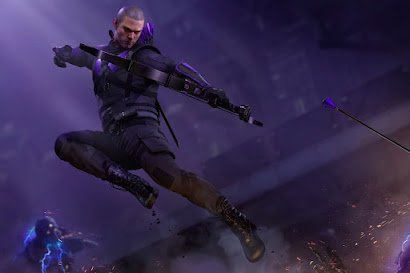 The characters are so unique that I can already picture how the announced Hawkeye and Spider-Man (exclusive to PlayStation) characters will play like. This makes the exclusive nature of Spider-Man so contentious. The game may not feel complete without his inclusion and will be a contentious issue. The exclusivity of Spider-man is such a big deal that I shifted my purchase from PC to PS4 just to benefit from this extra character.

As a card carrying superhero nerd I am really looking forward to this release in September. The graphics are compelling and really capture the powers and look of the Avengers and just similar enough to the movies to feel comfortable.

On top of that Crystal Dynamics has added so many deep cuts in terms of lore, comic book covers and costumers that keep me wanting to see more of every aspect of this game.

Marvel’s Avengers will be in Beta across multiple platforms on and off all through August and in full release for PS4, Xbox One and PC on September 4th. This title will also have enhanced versions released for owners free on Xbox Series X and PS5 sometime after those consoles launch.