Years ago the idea of Kickstarter was completely revolutionary and amazing concept – the ability to crowdfund a game or product from (generally) established creators and be part of the process.  This was before Early Access existed on Steam and the concept took off like wild resulting in many amazing experiences and some devastating misses I will toiuch on in a later article.

The success of Kickstarter fueled other initiatives like Steam’s Early Access program, the Fig program where you could not only back but invest projects and many in studio initiatives such as Square-Enix Collective.  All of this brought new life in the gaming industry and ended up actually stabilizing some companies like Double Fine, Larian and Obsidian as they worked towards a more independant future.

In this article I will cover the Kickstarter and Fig products I backed and why I felt they were successful. There is a heady rush knowing you helped fund a game you are excited to play and then finally getting it in your hands.

This was the first major Kickstarter game I backed – and in fact one of the first major videogame Kickstarters ever and truly started a trend.  This game from legendary designer Tim Schafer and his team at Double Fine had a goal of $400,000 and shattered the goal reaching $3,336,371.  This was mostly due to the excitement of a game from the creator of Full Throttle, Psychonauts and Brutal Legend but also the cool premise and chance to be part of the process.

Frankly the final game, called Broken Age, never really blew my socks off after a 3 year development process, starting Feb 2012 and delivered Feb 2015, but it was beautifully constructed.  It was a classic point and click adventure game told from two perspectives and while the art style was amazing the story and gameplay never hooked me. 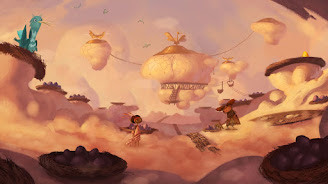 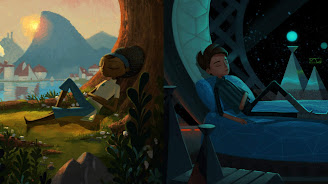 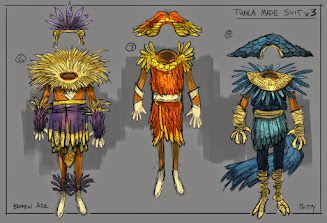 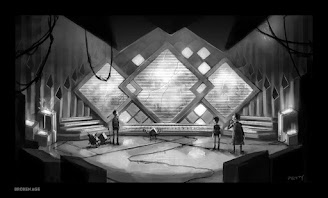 Why I truly loved this project was the interaction with the community in the form of in depth posts and a truly stellar documentary chronicling the process from 2 Player Productions.

The documentary called Double Fine Adventure was 20 AMAZING episodes of nearly unfiltered behind the scenes look at the process to make the game and fulfill the rewards promised.  This look at the successes and failures during the road to completion would never be shown by a major publisher and I loved the behind the scenes look at how the sausage is made in the video game industry.

This game from Harebrained schemes got me INCREDIBLY excited as it was from a company formed by the actual creator of the Shadowrun universe.  I backed this in a heartbeat and was thrilled when they blew past their $400,000 goal and hit $1,836,447 blowing past a ton of stretch goals including a free expansion called Dragonfall. 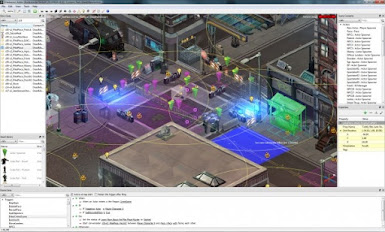 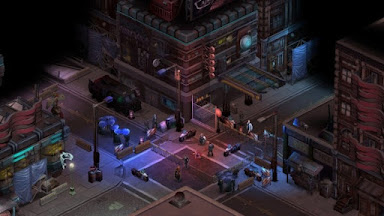 This was a truly amazing game that captured the look and feel of the Shadowrun setting and as the game was released gained a directors cut version that enhanced the gameplay and graphics and was free to all backers.  They also reveled a lot of the behind the scenes magic and elicited feedback from the community.

The look and feel of Shadowrun Returns was epic and really matched what I was hoping to see from the project.  There were magical creatures, cyberjacking skills and cyberware to augment characters. The game was not perfect but a damn good ride and one I have played a couple of times since release. 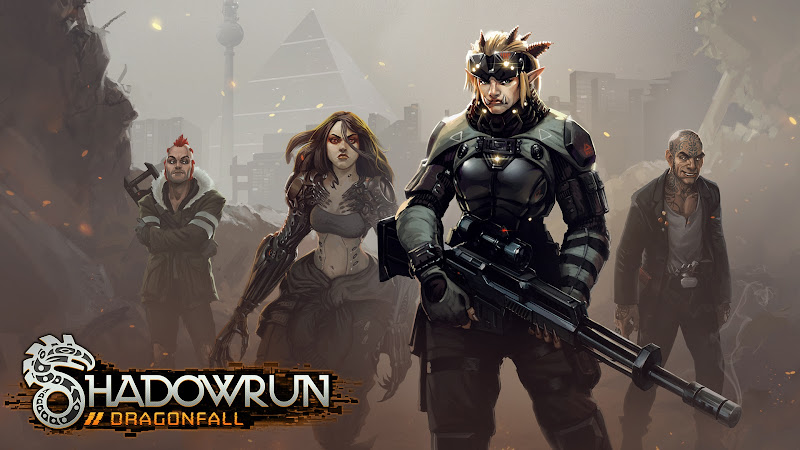 Timing on this one was odd as the Kickstarter began April 2012 the original game released July 25th 2013 (little over a year is a great turnaround), the DragonFall expansion hit Feb 2014 and the Directors cut released Sept 2014.  All in all it was an odd release rollout but great to keep experiencing this great game.

My third Kickstarter and one I loved more from an aesthetics and sound perspective than a true game perspective.  This viking themed strategy game had a great pedigree with veteran developers and my true inspiration a soundtrack by the great Austin Wintory.

I had met Austin previously at a conference and was blown away by his talent and approach to music and frankly I backed this project based on his involvement alone.  The game itself was fun but never kept me hooked enough to finish it, but the music was divine! 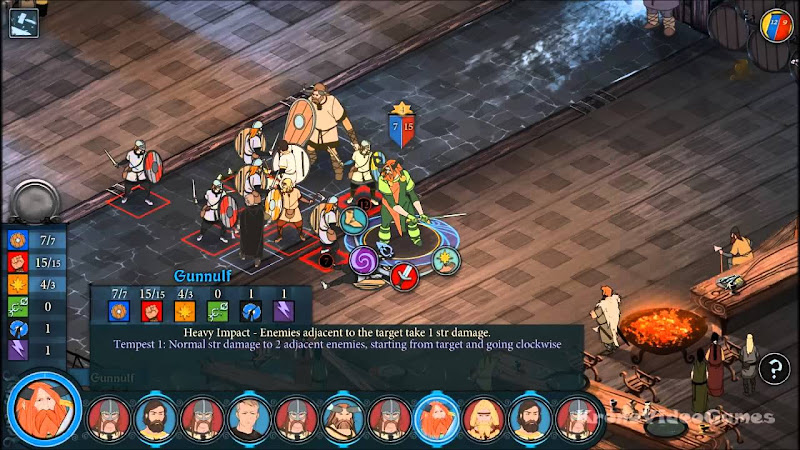 No fault to the developer – they made another two games in the series and they were all highly regarded.  I loved the world and the scenario but the gameplay never hooked me…but the experience and music was worth the price of admission.

This is another Kickstarter I backed based on the pedigree of the developer, one of which was involved in Metal Gear Solid 4 so I was all in quickly.  This was meant to be an iPhone game, but as the development took many years I had to switch to Android.  Thankfully the team running this graciously swapped me to Android, then the PC version once they revealed that. 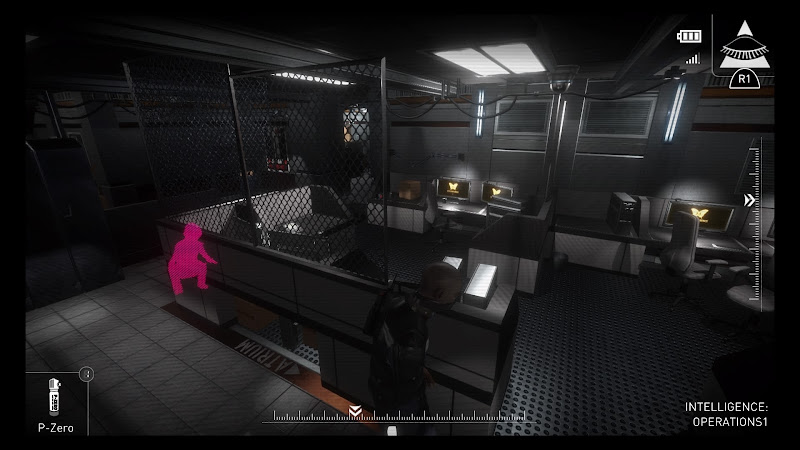 Meant as a surveillance action/mystery game the concept of Republique was to control a character as she escaped a facility.  The twist was you direct her as she is viewed by cameras, kind of remote control of the character. It was a neat idea and one that did falter somewhat during development with the team struggled to achieve their vision on the budget and time they had.

The game eventually released across all platforms and once again I did not LOVE the game, but I enjoyed it, instead it was the process and communication from the team that made this great.  Tons of podcasts, posts and videos scattered across the years via CAMOUFLAJ Radio made me really like the dev team and appreciate their vision. 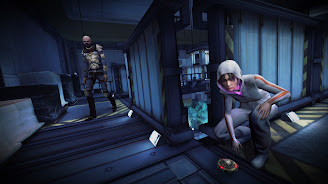 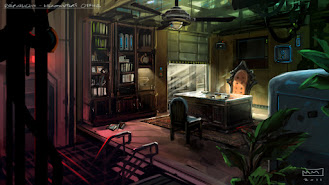 This one launched in April 2012, squeaked past their goal of $500,000 to make $555,662 in May 2012 and the Ep 1 of the game launched on iOS Dec 2013. Episode 2 followed in April 2014 adding the Android versions, Episode 3 in October 2014 and then the PC/MAC remastered version launched finally in February 2015 3 and a half years after the Kickstarter launched.  They were not done yet with Episode 4 releasing nearly a year later in December 2015 and then finally Episode 5 in March 2016 ending the 4 and a half year journey that was Republique.

I can’t say enough how impressed I was with this team that doggedly pursued completing their vision and sharing the progress with us.  The game was enjoyable but the journey was far and away the best part.

As an update the team kept working on the game until 2018 – adding costumes, fixes and releasing a six part documentary on the development process, this is a team that loved this project and it shows.