With the world still in the midst of the COVID-19 pandemic all aspects of life are affected from health and financial related issues to leisure activities like concerts and movies. One of the main industries that has had to pivot and adapt is conventions and trade shows. One of the largest in the world, The Penny Arcade Expo, or PAX, has had to shift dramatically.

Not so long ago I was in Boston for PAX East just before the North American shutdown. Now in September we would typically see PAX West and then later on Pax Australia occur, but these in person events are just not possible. In response the PAX organizers pivoted, somewhat brilliantly, and offered a nine day Online event, dubbed PAX Online.

This event is a merge of the PAX West, PAX Aus and european focused EGX rolled into a nine day rolling event called PAX Online. With a jam packed schedule running nearly 24 hours a day due to differing time zones and tons of demos live just during the event this is one huge, and at times overwhelming conference.

The main portal into PAX Online in theory is the online schedule and website, and it is fantastic, but the PAX Online Discord is where the real magic happens.

Discord is a live ecosystem and the PAX team has packed their Discord full to the gills with tons to see and do as the show is happening. The funniest bit is the Line Simulator channel that has a crowd of folks virtually queuing, chatting, baloon tossing and collecting emojis in mini games.

There are also sections for the many exhibitors, streams, merch, retailers the omegathon and many others. Being true to the real in person conference there is AFK and diversity lounges, handheld lounges for meetups as well as tabletop discussion sections where breakout games are occuring virtually.

The Discord server dedicated to PAX Online is unlike anything I have experienced before and that is where it gets a tad overwhelming. There are so many concurrent conversations and rooms that finding a spot to settle into can be daunting. I found myself flitting between the line simulator, expo hall and pax-explorer rpg.

The meat and potatoes of any PAX experience is all the panels, concerts and chats held by community and industry members. At PAX Online they threw this into overdrive by holding three (four including PAX Arena) neverending channels featuring all manner of content. 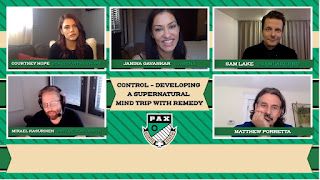 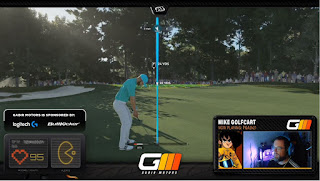 The schedule for the nine day event is another daunting, and at times sleep prohibiting, adventure. Spanning timezones in North America, Europe and Australia there is varying content rolling all through the night which can get confusing at times. 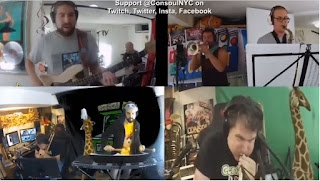 There are panels covering all manner of topics from Neurodiversity and Accessibility in Tabletop Gaming to Ooooh Noooo: How to Thrive as a Creative During the Calamity and Video Game Music Theory 101 to The Art of Motion: Performing and Acting for Games and Film. 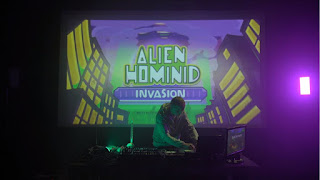 There are numerous Charity streams as well such as a Childs Play drive during the Penny Arcade make a strip panel and regular GenerOZity Charity Streams featuring Australian streamers raising money while they play.

Concerts are also happening all the time across various timezones. From distanced band run efforts like ConSoul Big Band to an EDM concert by Patric Catani focusing on The Behemoths Alien Hominid. There is also Acquisition Incorporated sessions as well as golf and racing sessions from the Penny Arcade founders Tycho and Gabe. 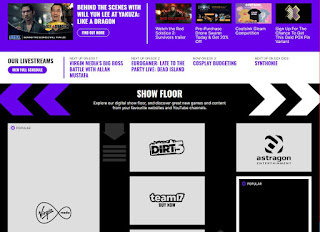 The PAX experience hinges as much on games as it does the panels and talks. In this case expo halls and game demos are being handled in a very different way with many of the exhibitors presenting limited time demos coinciding with the show schedule.

Many dozens of demos are listed in the section devoted to exhibitors and many are available via Steam, other platforms or direct from the developer. Sorting through these demos can be daunting, but the PAX expo hall channel on discord is a great place to get feedback from others on demos worth checking out.These games are primarily in the Indie or AA sphere with only a handful of large companies, such as Bethesda and Arkane, showing some content virtually. This is giving a lot of smaller and unknown games a spotlight which is great, but again this is where PAX Online gets overwhelming.

I have been checking a ton of these games out such as Cris Tales, Ghostrunner and Uragun over the week and plan to have some focused previews as PAX Online winds down.

This aspect of PAX Online is a great one to see as it really gives a lot of developers a chance to show their games even if they could not normally make it to the show. Plus with this being a show spanning three continents there are games from all over the world to discover and experience.

The PAX experience has always relied a lot on the merchandise and retailers at the show to add a fully rounded experience and PAX Online is no different. Incorporated right into the virtual show floor is retailers, merch booths and sponsored experiences. 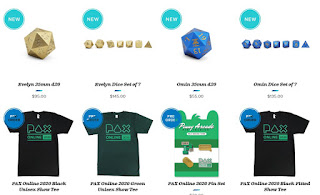 Despite being remote there is still a new round of exclusive PAX and EGX merchandise and many vendors are selling some exclusive pieces as well. One of the perks of PAX being Online this year is that Pins from the popular Pinny Arcade line that are generally only available for trade are purchasable.

One of the oddest sites at every PAX is the massive and I mean MASSIVE lines during the first few days to get the better PAX merch available. This virtual merch experience takes that frustration away and frankly is one of the best things about the Online conference experience. 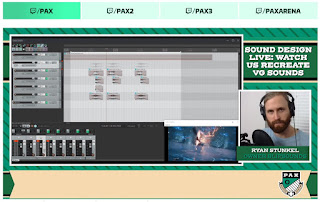 I can’t argue with the sheer amount of content available via PAX Online. It is to the point of being overwhelming and I think that is a lesson the organizers can take away for inevitable future online events. Make some more curated experiences, threads in the schedule for different experiences like audio design, inclusivity or community involvement.

As it stands the experience is a cacaphony of panels, demos, merch and discord chats that can be really hard to navigate to the point where I am sure some have given up. The content is great, the interfaces fantastic but focus and guided experiences will take the PAX Online Experience to the next level as they work towards the potential PAX East Online next year.