As mentioned in my look at the PAX Online Experience there are tons of games demos available to check out during the show. There are pros and cons to the virtual experience while checking these many games out. It is definitely nicer to try them at home in a calm environment but I do miss the crowd feedback and visual look and feel of the demo stations.

Regardless I checked out many of the games across a variety of genres and had a great time. I really appreciate these slices of gameplay being presented in such a great way. In many cases on the steam page there are also developer playthroughs which add to the experience.

I played through quite a few games and some of them made an impression and I definitely want to see more. Here are a couple of games I enjoyed over my first few days checking out the PAX Online demo experience.

This is not the normal kind of game I go after but it was getting a lot of love on the PAX Discord channels so I had to check it out. The premise of this game from developer Witchbeam is to unpack your possessions in various stages of life. Starting from your childhood bedroom up to a post university apartment the demo was insanely satisfying.

Represented as a well done room or series of rooms and stacks of boxes essentially I clicked the boxes and pulled out item after item and placed them as I saw fit. It was shockingly fun to decide where pictures, school supplies and books go to make the room feel complete. 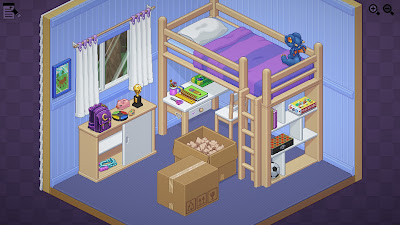 As the demo progressed more rooms and items come available and it was bizarrely fun to populate a kitchen and bathroom on top of the bedrooms. Who would have thought placing posters, clothes and books could be so enjoyable?

This game tickled my organization minded spirit and there was almost a zen like quality as I setup each room. I did note that the game dictates some locations of items, such as the diary on the pillow or all cleaning products under the sink. I see what they are doing here, but I think something deeper could be cool here. 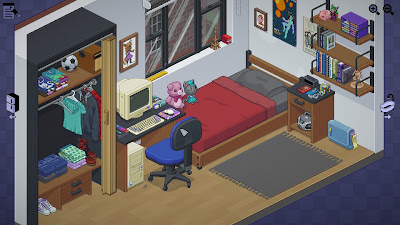 If they integrated in community decisions to rate your room instead of forcing a location that would be very cool. Or if they made a grade or personality type descriptor based on choices to add some incentive to trying different things. Either way the game is very interesting on it’s own, but some thought should exist for relatability.

The game will eventually span a total of eight house moves never showing a character, but I can’t help but know the person based on their possessions. She is an artist, a sentimental person and a bit of a geek. Looking forward to more Unpacking once it releases on PC (and presumably Switch) sometime in 2021

Solasta: Crown of the Magister

This beautiful game caught my eye based on the visuals and the fact that Wizrds of the Coast granted the developer a Dungeons & Dragons 5.1 license. This is a rare occurrence and I had to check out the game for myself to see how well they interpreted the complex rulesets. 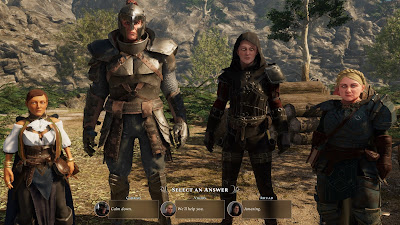 Booting up the demo dropped me into the campaign as it was in progress with pre-generated mid-level characters. Fitting the standard archetypes of Rogue, Fighter, Cleric and Wizard I set off on the short demo adventure to find a missing scavenger captured by Orcs.

Right away a very interesting tweak caught my eye in the form of apparent alignment influenced dialogue options. The rogue had snarky/selfish responses, the fighter pragmatic and cleric generous and helpful. This was a very cool thing to see and it also lets one of the characters direct the dialogue which was frankly very cool.

Once I entered the caverns and met the orcs combat was initiated, but I was able to sneak up and take early advantage by dropping a block on one of the creatures. As someone who plays D&D a lot combat was as expected and very fun to strategically plan. 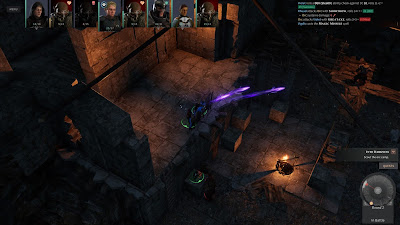 Getting my rogue to high ground to snipe of enemies, the fighter in the thick of battle and spellcasters in cover ready to attack or support was easy to setup. Spells are handled elegantly with 5.1 rulesets allowing low level spells to be cast at higher power and alt spells like detect magic or identify cast as rituals.

Combat was smooth and frankly fun with cover, height advantages, flanking and attacks of opportunity all at play. There were plenty of options from melee attacks to special abilities that I wanted to dig my teeth into as I battled the orcs.

As the demo progressed I found magic items I learned how to identify, rested to restore spells/hit points and even crafted a magical scroll. The depth of the game is apparent and I felt a little overwhelmed by all the options, but eager to explore it all when it releases. 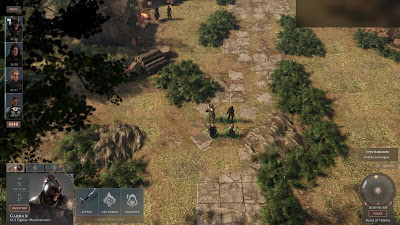 The demo ended with a battle against a large group of spiders, which could have been an escape scenario but I tackled them head-on. It was a tough fight but I survived with only one casualty that my cleric quickly stabilized.

While I greatly enjoyed the demo for it’s excellent take on the D&D 5.1 ruleset not all was perfect. The GUI needs some serious tweaking as it takes up far more of the screen than is needed and the 3d environments often get in the way of the characters when navigating.

Overall though Solasta: Crown of the Magister was a treat to playthrough and I am eager to check out more. It is slated to enter Early access via Steam on October 20th and I will definitely jump in to try more of this intriguing game.