While I checked out many titles at PAX East there were a number of standout titles that I just could not get out of my head. Arcade Paradise and The Last Worker were two of them.

Drastically different games, but ones that stuck with me long after I checked them out on the show floor. These are both unique and amazing experiences I cannot wait to get more of.

This came from Wired Productions and studios Wolf & Wood and Oiffy and was an incredibly dark, interesting, fascinating, quirky, funny and enjoyable experience. Evoking feelings of Portal, Half Life and Wall-E (believe it or not) while delivering fun gameplay and snappy dialogue this was a gem of a game at PAX East.

The Last Worker is a first person narrative adventure centered around humanities struggle in an increasingly automated world. Essentially the lead character is the best worker packaging goods in a fulfillment centre.

He loses his family and as the years go on he sees his fellow workers killed or disappeared as they make mistakes or become redundant. He is so good at his job that the systems can’t seem to get rid of him. This is the part that made me think of Wall-E, he just mindlessly and perfectly executes his role.

Framed in a First Person perspective, but with plenty of incredible side characters and an epic voice cast featuring Jason Isaacs, Olafur Darri Olafsson, David Hewlett, Zelda Williams, Clare-Hope Ashitey and more this game is packed with personality. The opening segments with an automated Wheatley like character were crazy and incredibly entertaining as I learned the basics of package fulfillment duties.

Essentially there is a gravity gun like device and a floating loader that gets used to grab packages, process and ship them. This is done with easy controls and it was very cool to see the massive fulfillment centre that felt like the battery factories from The Matrix. Endless, massive, oppressive and more and more automated.

Like any game worth it’s salt there is more under the surface with a rebellion, secrets discovered and a deeper mystery that needs to be solved. This is where I tried the stealth mechanics of The Last Worker as I was tasked to go through some areas undetected by the automated entities wandering around working and patrolling the factories.

The game was a blast to try and oozed with a dark charm that was compelling right away. The game looks amazing and features handpainted 3D art based on concepts by comics legend Mick McMahon (Judge Dredd, 2000 AD).

All in all I came away impressed with literally every aspect I saw of the game at PAX East. The Last Worker designed to be enjoyed in VR as well as 2D modes on standard systems and will release later this year on PC Via Steam as well as Switch, Xbox and PlayStation systems.

I have to confess, all I knew going into PAX East and meeting the team behind Arcade Paradise was that the game revolved around building up an arcade in an old coin wash business. Once I sat down and tried it, as well as chatted with the developer I discovered a ludicrously deep experience that was frankly mind-blowing in scale.

At it’s heart the concept of the game is pretty much what I expected, a young ne’er do well named Ashely was given the keys to his father’s laundry business and is tasked to run the tedious day-to-day. Taking a gamble we guide Ashley as he converts the business to a (hopefully) money making Arcade Paradise.

Set in the 90’s (truly the peak of the modern arcade ecosystem) the game starts with an incredibly entertaining cut-scene framing the scenario. Ashley is feeling both hopeful and resentful at the need to run this coin wash until he discovers that there is money and plenty of fun to be had by expanding the small backroom arcade.

All the while he has to maintain the coin wash, pay the bills, keep the place clean and maintained as well as keep in touch with his friend and dad when he checks up on Ashley. Right away as the game started I was impressed by the lengths developer Nosebleed Interactive went to in order to reflect the 90’s in it’s old school tech glory.

A PC seemingly equipped with Windows 95 and basic email systems is readily available. A cheap upgrade adds a media player allowing music and low rez videos to be played. The starter arcade machines are all playable and frankly fun as heck to try out.

This was the biggest surprise I found as I was run through various stages of the game by the developer, there are 35+ Arcade machines available and they are all playable. Let that sink in, the developer made tons of games, inside their game across all genres like action, rhythm, puzzle, shooters, rpg-lite and sports games. They even have a recurring character that sequels, spin offs and prequel games spawn from.

I had to pause as they ran me through all the different experiences they had created as I was just stunned. I was simply expecting an Arcade business simulator and they essentially created an arcade’s worth of games as well. I need to be clear as well, these are not two minute snippets of games, they are full fun experiences.

The simulator itself is just as detailed with upgrades possible to the building, new games and rooms available, maintenance of the games as well as tweaking all aspects of the business to increase profits, or decrease them and add fun. Sliders to change per game costs, lives available, difficulty, placement of machines to benefit from foot traffic and more can be manipulated to help the business.

Just playing the games yourself adds to the business and gives perks to Ashley, the building and the games themselves adding even more incentive to try them all. The sheer depth of this game was both surprising and gratifying as I played through the burgeoning arcade empire.

As I chatted with the developer I could not help but get excited by his enthusiasm for the game. An arcade business simulator with all the features they have would have been plenty, the addition of the many playable games just made this a must play title.

Arcade Paradise is being published by Wired Productions and is releasing this spring on PC via Steam, Epic Games Store and GoG as well as on Switch, Xbox and PlayStation systems. 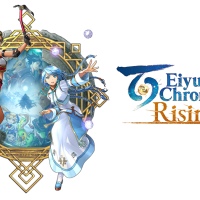 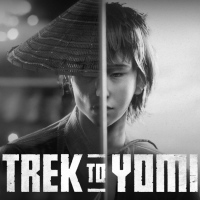