I loved a great many things in my time playing Katana Zero but what interested me most is how it kept surprising me.  I initially pegged this game as a relatively routing hack and slash game with rogue-like elements but wow is it so much more.  With a killer and surprising story, varied gameplay, memorable graphics, and great music Katana Zero is a terrific title. 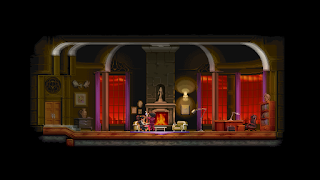 Katana Zero starts in a very stylish way introducing us to the main character, an amnesiac Samurai with odd pre-cognition skills that support his incredible battle prowess.  He is an assassin with kill orders delivered by his therapist – who channels a real Hannibal Lecter vibe with his office decor.

Once a mission is assigned the nameless samurai enters the building or zone and in a really cool tweak starts a soundrack much like in the movie Baby Driver.  Then the next cool tweak happens, the samurai pre-plans how the level will be assaulted by running through it, if he dies then he restarts. Much like Dr. Strange and the Time stone he can pre-plan multiple scenarios.

With these cool setups – a therapist who plans assassinations, time bending pre-cognition abilities, crazy battle skills, soundtracks and let’s not forget a great neo-noir cyberpunk look and feel Katana Zero was an exciting prospect.  Then everything gets flipped on it’s head in all the best possible ways.

I won’t ruin the story but suffice to say it gets crazy, sits there for a while but gets even crazier still.  There are double crosses, hallucinations, time related PTSD, narrow escapes and victories. There is also far more choices available than I expected.

In many cases dialogue trees can be skipped and rude responses selected which can have varied reactions.  Some dialog choices lead to new scenes, others stop them dead in their tracks. The characters in the game are also far more interesting than I expected.  Have a look at this playthrough for an idea on what all of Katana Zero plays like.


Throughout this all is the terrific action that hairpins all of the story hi-jinks.  In standard missions there are ways to sneak attack, throw weapons or explosives, slow down time, dodge roll and even reflect back bullets with a well timed slash.  There are also sequences outside of the norm like an action filled chase sequence that mirrors what we see in the new John Wick movie. 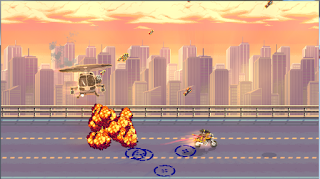 The action is addictive, fast paced and completely bonkers at times with dozens of baddies to take out per zone at times.  There is also a ton of variety between levels with stealth or quick thinking being required instead of hot and heavy action.  The deaths also feel very interesting as they are learning experiences to advance instead of pure frustration. 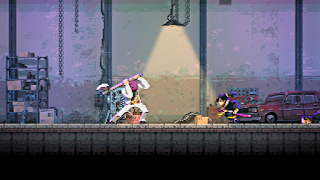 All of this together makes an action game I was not expecting to be so engrossing and enjoyable.  The developer askiisoft could have made a great action game light on story and still delivered a fun product.  The crazy and truly fun story experience makes this a game I hold up there with Dead Cells and Darkest Dungeon as some of the best Indie games in the last few years.

Do yourself a favour and check this game out. From the art-style to the music and its action mayhem to the really compelling story Katana Zero is a surprising and amazing game to experience.  It is available right now for PC and Nintendo Switch.