I had never checked out the re-imagined look at the classic Tetris formula when it released on PS4 last year, there was just too many games in my backlog. Now that I had a chance to extensively play Tetris Effect on PC I am kicking myself for waiting so long. This is the Tetris experience I did not know I needed and evokes so many wonderful memories and new emotions (seriously) while playing through the game. 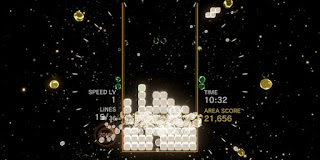 My first experience ever with Tetris was playing it on my original Gameboy and then linked with friends on that same device. The manic energy of the game and simple but somehow complex gameplay made it an instant classic. It started the puzzle videogame genre and all other competitors have still not hit that level of perfection, until now with Tetris Effect.

The core mechanics of Tetris have not changed, there are blocks of various shapes dropping from above and the goal is to flip and move them to fit the spaces below and make lines. The ultimate goal is to organize the blocks in a way that a strategic block will create multiple lines at once for maximum points and level completion. As levels progress the blocks descend at quicker rates adding a frantic pace as blocks tumble faster and faster. 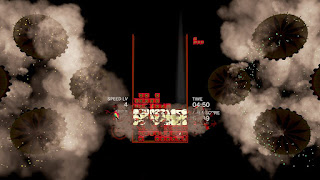 The tweak with Tetris Effect is the music, effects and actions that envelop the core gameplay as well as ample customization. The core game mode is called Journey which is a campaign of interesting scenarios wrapped around the core Tetris gameplay.

These scenarios involve music, lighting, graphical tweaks and block textures that follow a specific theme per level. Some are very subtle and atmospheric, others are frantic and energetic. All of them are fantastic and add a layer of deliciousness to the terrific Tetris experience.

The campaign levels are seperated into blocks of 5 scenarios with speed of blocks increasing till the last scenario in the segment and then the levels switch to the next one. This up and down tempo of gameplay allows the levels to be experienced and then perfected as the tempo increases.

The biggest thing I can say about Tetris Effect is that it is a game that generates emotions and true experiences. Level after level I was completely enraptured by the environments, music and craft poured into this game to make it a true experience. Just check out this gameplay video to see what it truly look sand feels like.


The game was already fantastic on PS4 but on PC they have ratcheted up the graphics to 11 and can generate incredibly stunning 4K visuals if your PC can handle it. There is also VR support for both Vive and Oculus as well as ultra-wide monitor support. All in all this is a visual masterpiece that can scale to pretty much any PC setup. 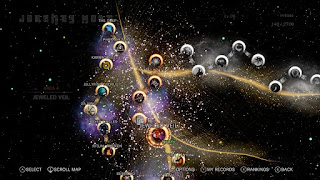 Aside from the new graphical options developer Monstars Inc. and Resonair added a new gameplay feature called Zone. This is a timer that loads as lines are cleared, when activated the action freezes for as long as the timer lasts. Blocks can be placed and lines cleared but nothing disappears till Zone ends. This can be an incredible lifesaver in later levels when the speed is ratcheted way up.

Tetris Effect is a truly magical experience wrapped around a timeless game mechanic. With all the tweaks, atmospheric touches and enhancements this is a game that is a true treasure, and one I feel everyone should experience.

Tetris Effect is from Publisher Enhance, developed by Monstars Inc./Resonair and is available right now for PC via the Epic Store and PlayStation 4 systems.