There are a ton of amazing games both big and small at PAX East to check out, but sometimes games just hop out and grab my attention. Recompile and The Dungeon of Naheulbeuk from publisher Dear Villagers caught my attention right away.

They’re vastly different games, but both had hooks that really drew me in and made me excited to check them out. This is one of the best parts of a show like PAX: Games at this scale get the same chance to wow participants as the Final Fantasy and Fuser games get.

The Dungeon of Naheulbeuk: The Amulet Of Chaos 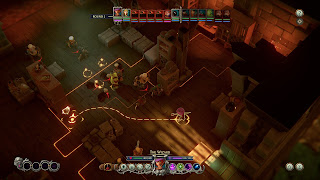 This tactical RPG from French developer Artefacts Studio is a very refreshing take on the genre. Think a fantasy-based Xcom with a quirky group of D&D-style archetypes. There is the Ranger, Elf, Dwarf, Magician, Ogre, Barbarian and Thief, each with skills and personalities hilariously stereotypical to their function.

The Ogre hits hard and bumbles around, Barbarian is brash and stupid, Magician is powerful but arrogant, and the Ranger hilariously believes he is the leader but no one else agrees. These distinct personalities are what captivated me most during my extended playthrough at PAX East. 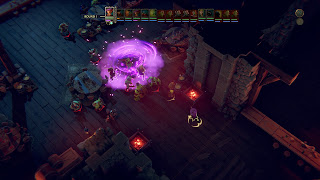 This attention to character and personality extends to the enemies and NPCs as well, with some truly funny dialogue occurring before a battle I checked out in the demo. Once battle started I was able to see all of the cool functionality available in The Dungeon of Naheulbeuk.

Unique skills for each character type add a huge tactical dimension to the combat, as well as the ability to use environmental attributes. Kegs of beer can be destroyed, causing a wet surface enemies can slip on, and fires can be started on oily surfaces. 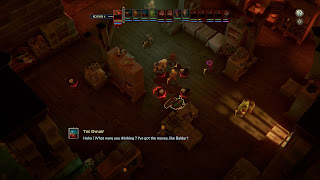 Each character also has an expansive skill tree to expand their abilities and equipment to further customize the experience. The combat was dynamic and quite fun to run through, with the characters and enemies reacting in fun and interesting ways. There is a huge amount of strategy, as healing is limited and special abilities have cooldown periods, making each combat unique and thought-provoking.

The artstyle is fantastic as well, with a cartoony look mixed with a high-fantasy aesthetic that was frankly charming. The animations, effects and abilities all look amazing as well; graphics are not everything but when done well like this, coupled with stellar audio, it just makes a great game better.

I had a great time checking out The Dungeon of Naheulbeuk, which I was interested to discover is a unique world created by author John Lang. It started as a popular audio comedy series in France parodying role-playing games and heroic fantasy tropes, and is now getting this game debut sometime in Summer 2020. 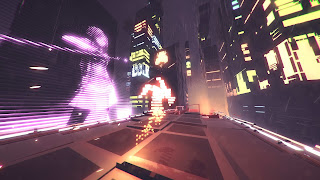 Another striking and unique game was Recompile from PHIGAMES. These action/hacking adventure in a metroidvania style was a blast to pick up and play. The unique visual style is what attracted me at first but the interesting mechanics and fast-paced gameplay kept me entertained from start to finish.

The game’s low poly artstyle mixed with some really amazing visual effects and a trippy soundtrack made me appreciate even on a loud show floor that this game has a lot of potential. Playing as a character reminiscent of the iconic Rez model, I started in a cyberspace-style environment with many paths open to explore. 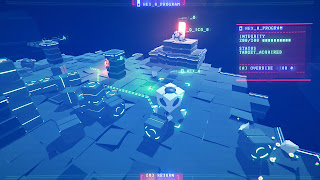 I quickly discovered some areas needed double jump or dash maneuvers, which I found while exploring, to get past. Then enemies popped up that needed a further weaponized skill to get past. These new skills and abilities came at a good pace and were easy to adapt to.

All the while a narrative was occurring as I moved throughout the level, adding a great story layer to the already interesting game. Puzzles in the form of power grids that need to be traced and activated as hacking (which I did not see in my demo) add further richness to the experience.

I really enjoyed what I saw of Recompile. The amazing artsyle and sound brought me into the world in a satisfying way. The compelling and fun gameplay mechanics coupled with a cyberspace-fueled storyline make this a game to check out once it is released later this year on Steam.